It’s that time again! I plow through loads of dull adult books every day just so that I can pluck the few with children’s literature connections out of the morass and hand them over. Once again it’s time for Unexpected Jolts of Children’s Literature, a regular series where we peek at the grown-up world of literature and see what they have to say about books for kids. Today I’ve only four titles, but they’re an interesting mix.

I believe it was Brian Selznick on Instagram that directed my attention to this book. That’s the trouble with titles that come out of university presses. Half the time the public library is the last to know that such books even exist. This one was released in December and its publisher describes it this way:

Wild Visionary reconsiders Maurice Sendak’s life and work in the context of his experience as a Jewish gay man. Maurice (Moishe) Bernard Sendak (1928–2012) was a fierce, romantic, and shockingly funny truth seeker who intervened in modern literature and culture. Raising the stakes of children’s books, Sendak painted childhood with the dark realism and wild imagination of his own sensitive “inner child,” drawing on the queer and Yiddish sensibilities that shaped his singular voice.

Interweaving literary biography and cultural history, Golan Y. Moskowitz follows Sendak from his parents’ Brooklyn home to spaces of creative growth and artistic vision—from neighborhood movie palaces to Hell’s Kitchen, Greenwich Village, Fire Island, and the Connecticut country home he shared with Eugene Glynn, his partner of more than fifty years. Further, he analyzes Sendak’s investment in the figure of the endangered child in symbolic relation to collective touchstones that impacted the artist’s perspective—the Great Depression, the Holocaust, and the AIDS crisis. Through a deep exploration of Sendak’s picture books, interviews, and previously unstudied personal correspondence, Wild Visionary offers a sensitive portrait of the most beloved and enchanting picture-book artist of our time.

Titles like that always sound like someone’s trying to put me out of a job. In reality, the book is an interesting dive into storytelling as it applies to your own kids or grandkids. The publisher’s description reads:

Storytelling is one of the oldest and most essential skills known to humankind, a timeless parenting tool that helps families celebrate life’s joys, navigate its challenges, and raise healthy, well-adjusted kids.

Stories help children manage their emotions, empathize with others, and better understand the complex world we live in. More importantly, storytelling cultivates a rich and meaningful bond between storyteller and listener, building intimacy and trust between parent and child.

In this delightful book, Silke Rose West and Joseph Sarosy, early childhood educators with thousands of storytelling hours between them, distill the key ingredients of storytelling into a surprisingly simple method that can make anyone an expert storyteller. Their intuitive technique uses events and objects from your child’s daily life to make storytelling easy and accessible. By shifting the focus from crafting a narrative to strengthening your relationship with your child, this book will awaken skills you never knew you had.

Complete with practical advice, helpful prompts, and a touch of science to explain how stories enrich our lives in so many ways, How to Tell Stories to Children is a must-read for parents, grandparents and educators.

The Perseverance by Raymond Antrobus

Sometimes I’ll collect a title for this post and return to it later, only to discover that I can’t remember why I included it. There is nothing in this debut collection of British Jamaican poetry that sounds even slightly childlike. Mind you, the grown-up part of me is highly intrigued. For instance, when talking about his identity, Antrobus writes, “There is such a thing as a key confidently cut/ that accepts the locks it doesn’t fit.” But I puzzled it over its potential for a good long while, until my eyes wandered over to see what else the poet had done. Which is where I saw this book cover:

At which point it all came together. It’s possible you missed Can Bears Ski? last year. I saw it late, which accounts for my not including it on any end-of-the-year lists. And it’s origin story shines an interesting light on how one can go about overcoming a prejudice against children’s books. Diagnosed as hearing impaired at the age of six, Antrobus remembered his father reading him the book Happy Birthday, Moon repeatedly when he was a child. The Guardian interviewed him about it:

Antrobus, 34, originally declined to write a children’s book when he caught the eye of publishers while reading Happy Birthday Moon at a literary festival. “I told this story all the time but I never thought of it as a kids’ book. The thing is, I still very much see myself as a poet,” he says. “Poetry is the thing I live for. But I’ve realised that a lot of my worry has been ego. A lot of poets I love also write for children. I think it’s just snobbery. In the poetry world, if I am honest, there’s just so much mean-spirited snobbery. And maybe I’ve just been in it for too long and that’s why I didn’t want to write a kids’ book. But I feel fine about this book now. I am so, so proud of it.”

Dear Highlights: What Adults Can Learn from 75 Years of Letters and Conversations With Kids by Christine French Cully

Apparently Highlights wasn’t content to allow Cricket Magazine to be the only children’s periodical with its own fancy book book. They figured they might as well get one of their own. With an intro from Amy Dickinson (whom I know best from her guest spots on the NPR quiz show “Wait Wait Don’t Tell Me”), the book is best explained by this recent Publishers Weekly article:

To add to the Highlights Press library is this August’s release of Dear Highlights: What Adults Can Learn from 75 Years of Letters and Conversations with Kids, a book that is near and dear to editor-in-chief Christine French Cully. In fall 2019, she and her team paid several visits to Ohio State University’s Thompson Library, the home of nearly 1000 of kids’ letters, poems, and drawings that had been shipped from the Highlights office in Honesdale, Pa., and preserved for the last several decades. Upon reviewing these files, the team discovered that kids’ concerns remained constant over the years: friendship and family struggles, achieving their hopes and dreams, and how to play a part in solving societal problems. “Implicit in every letter sent over the decades is the overarching question, ‘do you care about me?,’ ” Cully noted. Seeking to answer this resounding query, the editors felt they had an important need to fulfill.

It’s a clever idea. By turning the focus to the kids you’re able to incorporate both Highlights‘ past and show how those children’s concerns are tied into the concerns of kids today. And, by extension, what Highlights is doing today. Well played. 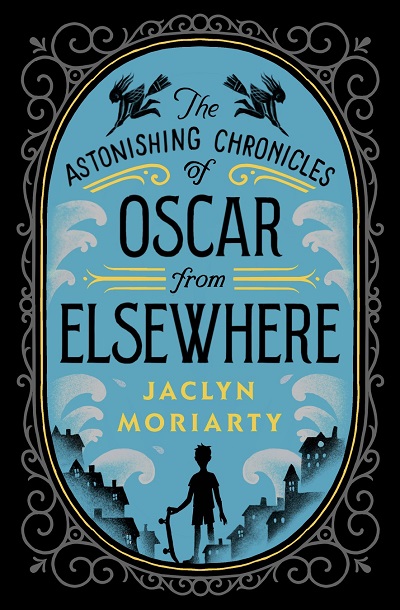