Because I Said So: Three Books Dare to Ask “Why?”

You can tell it’s July when I start writing copious posts about books that have certain, interesting aspects in common with one another. You see, by July I’ve seen a vast number of publications slated for both Spring and Fall. That means the similarities are bound to become more apparent. For example, last week I discovered that a slew of 2019 releases were all talking about perceptions and perspectives. And this week? The single word most identified with a young child’s speech gets its own moment in the sun.

In 2019 we will see the publication of three picture books that all shouldered a unique challenge: How do you turn a child’s propensity for asking “Why?” all the time into a story? It almost sounds like a writing exercise when I put it that way. We know that children ask “Why?” a lot. We know that adults, even the most well-meaning amongst us, can find this annoying. But we also know that by asking “Why?” a child is opening the door up for bigger conversations and an increased knowledge of the universe they’d never be privy to if they kept their yaps shut.

It seems a little backwards that the first book I’d like to mention today features a title that is the answer rather than the question. Mac Barnett and Isabelle Arsenault’s Just Because is a visually lovely story that reads not too differently from a Calvin and Hobbes strip (one where Calvin’s dad gets a little too creative when answering Calvin’s big questions). A child, tucked into bed, asks its parent (PW assumed the child was female, Kirkus left the question open) questions that range from “Why is the ocean blue?” to “What is the rain?” to “Why do the leaves change color?” The answers grow increasingly imaginative and dreamlike. Fantastical even. Big questions yield bigger than life answers. The book is opting to fill the gaping maw that is bedtime literature, a need that is always hungry and never satiated.

The other books, featured here today, contrast with Just Because, in part because they aren’t afraid to go for the emotional jugular. Of these, Why? by Laura Vaccaro Seeger manages to upset the most expectations. Look at that cover. When bears are paired with rabbits, then the rabbit is either going to outwit the bear, attempt to befriend it, or come at it in a kind of parent/child relationship. Why? opts for the latter definition. In this story a rabbit asks “Why?” continually, and readers can use context clues and the bear’s answers to figure out what it’s asking about. The book looks cuddly at the outset, and it could have remained that and that alone, except that just when you’ve settled comfortably into its routine you are faced with a dead cardinal in the snow and the bear’s wrenching confession, “I don’t know why. Sometimes I just don’t know why.” And that, in many ways, is why I think the book’s honesty is so very necessary. I can’t answer every question my child hands me. Do I confess to my own limitations or just make something up? I confess, but the person who’s more disappointed in me when that happens is me.

Switching gears one more time, by all rights, Adam Rex and Claire Keane’s book, also named Why?, shouldn’t work even half as well as it does. It’s a goofy pretense with goofier characters that somehow manages to pull pathos out of its hat like some kind of friggin’ magician. The entire idea is that a supervillain (Doctor X-Ray) has invaded a mall (very Stranger Things Season 3 of him) and is bent on world domination. People flee, with the exception of one gap-toothed, double pig-tailed gamin who meets every grandiose statement coming out of the man’s mouth with, “Why?” Now watch this transformation. What starts as bluster changes, slowly, as he seriously answers each “Why?” with increasingly personal reveals. The deep dive into this “villain” and his psyche, to say nothing of his past, comes to a head when he finally realizes that everything he is now doing is done, on some level, to impress his father. I’d like someone to just sit down with this book for a while and dissect its pacing because Rex earns this transformation. I don’t see a lot of superhero or supervillian picture books that confess that bad guys think they’re the heroes when they do bad things.

The sole fly in the ointment? Claire Keane’s art is the perfect accompaniment to this text in every way, shape, and form . . . except when it comes to knitting. Yes, Keane has fallen prey to the dreaded knitting-needles-pointing-upward scourge that has taken hold of so many of our best artists over the decades. Don’t let it deter you. It’s like when people make a quilt and then enter a single perfect error in the stitching. The imperfection only sheds light on the book’s many gifts. And make no mistake, each one of these books deserves to be read and discussed at length. 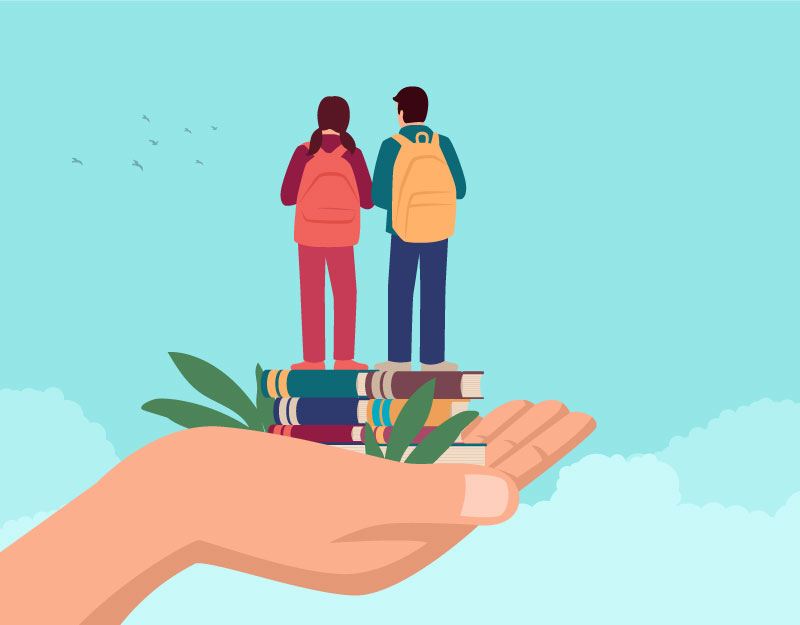