Down Syndrome and the Great Gaping (Longstanding) Children’s Book Gap When I was a child I knew what Down syndrome was but I didn’t know it because of any picture books that contained characters with Down syndrome. None of my childhood literature covered it, so if I wanted to see someone represented in this way I had to turn on Sesame Street. Though it’s not widely remembered today, Jason Kingsley, a boy with Down syndrome, appeared on 55 episodes of the show, becoming a regular cast member in the process (check out the post 11 Moments On ‘Sesame Street’ That Championed Diversity And Inclusion for other examples of the show being ahead of its times). It is interesting to note that this is just one of the many examples where television has actually been better at representing kids with Down syndrome than children’s books. Take actresses Lauren Potter and Jamie Brewer, for example. While they’re appearing on major network television shows, where are their picture book biographies? Last year Shane Burcaw, who was born with spinal muscular atrophy (SMA), came out with this killer children’s book Not So Different. Why can’t we have a book like that for Lauren or Jamie or someone else? Babble, for the record, made a list of 21 Children’s Books to Celebrate World Down Syndrome Day. Nice, but how many can you say are in your local library? The best known amongst them, I would argue, is still Virginia Fleming’s Be Good to Eddie Lee, which came out in 1993 and remains the standard bearer (Floyd Cooper’s art being a significant reason why). All this is to say that this year, 2018, I’ve noticed some small changes. Three books that I’ve encountered this year do discuss the topic in their own ways. Here then, are some books to take note of. Not simply because Down syndrome appears on their pages, but because they’re incredibly good books above and beyond the subject matter.

The most eclectic and personal of the three isn’t even American. As usual, Enchanted Lion Books is the press unafraid to tackle the difficult. In Mallko and Dad by Gusti (translated from the Spanish by Mara Faye Lethem), the publisher had a truly original work on its hands. The true life story follows artist Gusti, a Barcelona-based artist, and his journey when he discovered that his second son was born with Down syndrome. The book begins with this:

“Some years ago, I asked the universe, or great spirit, or whatever you want to call it, for the opportunity to experience ‘unconditional love.’ Not some carbon copy, but honest-to-goodness true love.

It seems you have to be careful what you wish for, because you will get it.”

From there on in the book is written in a kind of notebook style with an emotional rawness uncommon in children’s literature. Consider this two-page spread early on: As Gusti recounts how he had to grow as a person to understand how great his own kid was, we are treated to innumerable photographs and drawings of Mallko. Gusti floods you with his son’s life and presence and day-to-day activities. The book is full of comics about their daily routine and interviews with family members. His wife talks openly about how she worried for Mallko early on because she knew his dad was “having trouble understanding”. One might wonder if this all sounds as if the book is written more for adults than children, but I think there’s great value in showing someone dealing with an unexpected disability in a family member. I can see parents of older siblings sharing this book when them when a new baby has a developmental disability that is going to make life different in the foreseeable future. The next book to discuss Down Syndrome in a natural way is also Spanish. One begins to get the distinct impression that Spain is light years ahead of us when it comes to some subjects. The book in question is The Truly Brave Princesses by Dolores Brown, illustrated by Sonja Wimmer, translated by Salvador Figueirido, and published by NubeOcho. Would you like an edition in Spanish? That is also an option. I’m sure that you’ve seen a million gee-whiz-we’re-all-princesses-inside books in your days. I certainly have, but that doesn’t dampen my enthusiasm for this book even one jot. There’s an odd kind of no nonsense straightforward quality to the “princesses” being celebrated here. It isn’t so much that these characters are actual princesses. They’re just rocking women and girls that have a lot going on in their lives. You see a wide range of ages, races, religions and abilities. Muslim women, women married to women, girls in wheelchairs, old women, single moms, you name it. My sole objection might be that we don’t see anyone obviously transgender, but that’s another post for another day. And, interesting to me, there is Princess Caroline: As you can see, her Down syndrome is mentioned, is visible, and is not the sole thing that defines her. She has interests and a life and people that care about her. She’s probably more of a well-rounded Down syndrome character in two-pages than some books could come up with in 32. Which brings us to middle grade fiction. This is a harder thing to judge than picture books or highly illustrated works of nonfiction. This year, I was quite taken with Pablo Cartaya’s Marcus Vega Doesn’t Speak Spanish (out this past August with Viking). The book follows an eighth grader that clocks in at six feet tall and 180 pounds. Marcus Vega looks like a stereotypical bully, if your idea of bullies is big and tough. But while he isn’t afraid to make some money off of protecting kids from the school’s nastiest bully, Marcus has a sweet nature. His little brother, Charlie, has Down syndrome and the inciting incident in this book comes to pass when the aforementioned actual bully calls Charlie the r-word. To my great delight, Charlie isn’t in this book as a human plot point or anything. He’s caring and sweet but he can also be incredibly difficult or fearful. He’s well-rounded in the best sense of the word, and you grow very attached to him (and grateful for the kind people around him).

So what is Pablo Cartaya’s connection to Down syndrome? All that I know is that he writes in the Acknowledgments, “To the countless individuals with special needs, especially those who I’ve come to know well at Our Pride Academy. These individuals are a testament to what is possible when the human heart is full of love, perseverance, and courage.” Looking it up, I discovered that the Our Pride Academy is a non-profit organization in Miami, FL that provides, “a nurturing and educational environment for people with developmental disabilities ages three to adult in the Miami area.” It would appear that Mr. Cartaya chose an excellent place to do the research necessary to write his book.

It’s not that I open every box of new books sent to me with an eye towards seeing Down syndrome kids represented. It’s more that I’ve been doing my job for a long time, and this is the first time I’ve seen more than one book for children in a given year mention Down syndrome at all. Two out of three of these books are imports, but that just stresses to me not only how vital translated children’s books are to the American market (filling gaps that American publishers won’t fill) but also how much we have to learn from authors and illustrators overseas.

And so I charge you, American book creators. Write me some biographies. Some memoirs. Some picture books with depth and humor and compassion. I know you’ve got it in you. And I’ve a slew of books here that will act as your inspiration. 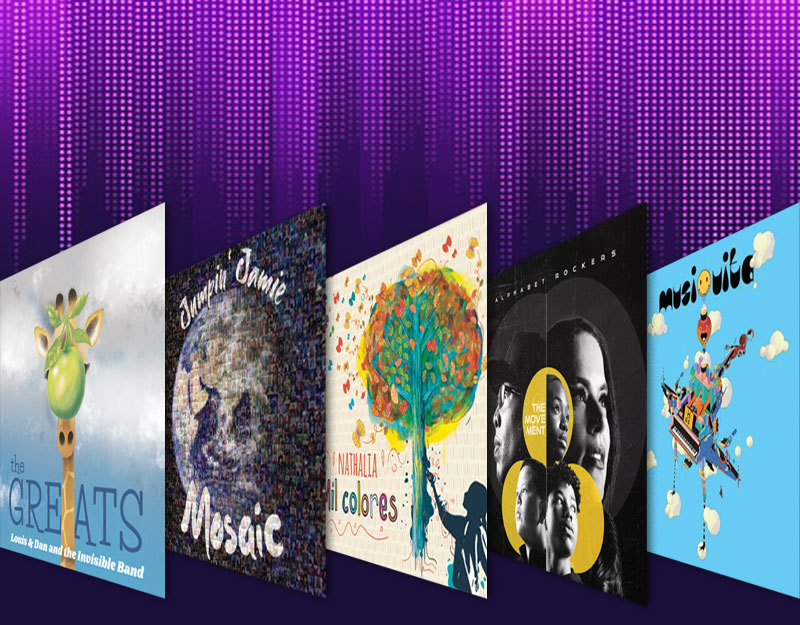