About three years ago I reviewed the book Tricky Vic: The Impossibly True Story of the Man Who Sold the Eiffel Tower by Greg Pizzoli. If you missed it, it was a true crime picture book (a rare beastie) about a man born Robert Miller who turned to a life of conning. Ultimately it ends with him in prison but it was intriguing to me that someone would write a picture book biography of, ostensibly, a “bad guy”.

Fast forward three years and the country is a different place. Different president. Different things to be worried about. Different concerns on everybody’s lips. And a whole new host of different nonfiction books for kids filling bookstore and library shelves. I wondered in 2015 if we’d see more picture book bios of anti-heroes. Now I see something else entirely. Here in 2018, we’re seeing books that show our leaders to be fallible (even the dead ones… especially the dead ones), our plans to go awry, and we’re even seeing books that show how credit has been appropriated by the wrong people in the past. The first book is Abraham Lincoln’s Dueling Words by Donna Janell Bowman, illustrated by S.D. Schindler. Just out this month from Peachtree Publishers, it tells the story of a young Lincoln who so insulted a man that the fellow felt compelled to challenge Lincoln to a duel. Bowman wrote a rather fantastic picture book biography of a horse and its trainer two years ago called Step Right Up which I enjoyed mightily. In this book, she cites Lincoln saying that the near duel (averted at the end) was one of the biggest mistakes of his career. And let me tell you, in this day and age it is a novel thing to see a politician owning up to a mistake. You won’t see Ben Franklin actually admit that his attempts to reconstitute the American English written language was a mistake, but he doesn’t have to. The evidence sits before you in Beth Anderson and Elizabeth Baddeley’s An Inconvenient Alphabet: Ben Franklin & Noah Webster’s Spelling Revolution (out in September). Last year we saw that magnificent Noah Webster picture book bio Noah Webster’s Fighting Words by Tracy Maurer, illustrated by Mircea Catusanu. Good stuff, but Ben Franklin got short shrift. In Anderson’s latest, the concentration is less on Webster’s life and more on his failed collaboration with Ben Franklin. Not entirely failed, I admit. Webster did, after all, Americanize a lot of spellings in the States. Still, we hear so much about how great Ben Franklin was and how much he accomplished. The fact that we aren’t all spelling words in his style is nothing sort of amazing in and of itself.

There was a time, oh best beloved, when you couldn’t write a picture book biography about anyone who wasn’t already famous. I can recall when seeing a new Matthew Henson picture book bio felt like an act of rebellion on the part of the author. But today, thanks in no small part to the Common Core, writers are allowed to stretch their muscles a little and praise historical figures that never got their proper due, or got it a bit late. We’re seeing a bunch of books along those lines in 2018, like Between the Lines: How Ernie Barnes Went from the Football Field to the Art Gallery (by Sandra Neil Wallace, ill. Bryan Collier) or Counting on Katherine: How Katherine Johnson Saved Apollo 13 (by Helaine Becker, ill. Dow Phumiruk) or The Girl Who Drew Butterflies: How Maria Merian’s Art Changed Science (by Joyce Sidman and not a picture book but too awesome not to include). Less common are books where someone’s work was passed off as another person’s.

Pass Go and Collect $200: The Real Story of How Monopoly Was Invented by Tanya Lee Stone, illustrated Steven Salerno, is out in July and sounds, from the title, like it would be a snore. I mean, kids like Monopoly but do they really want to read a whole book about its creation? Had it been just about that, I might agree with you, but Stone knows that the real interest in this story comes not from the game but the woman behind it. Lizzie Magie created the game in the late 1800s, but it was Charles Darrow who took it, marketed it, and got all the credit for it. Then again, he made significant changes to the original. So who should get credit for its creation? I love that we have a book where kids could debate either side (though, clearly, I’m Team Lizzie). One of my favorite gaffs of the past is getting another shot at picture book stardom this year. Back in 2010 Jonah Winter and Red Nose Studios collaborated on Here Comes the Garbage Barge, which didn’t look or read like any other nonfiction out there. Still, as much as I loved it, it was highly fictionalized in the midst of its copious facts. This year the tale gets a do over with Megan McCarthy’s All That Trash: The Story of the 1987 Garbage Barge and Our Problem With Stuff (out now). McCarthy’s takes the longer view of trash in America today, but also has the added advantage that she can show off some serious 1980s nostalgia, which we know the current crop of parents are really gonna dig.

By the way, don’t think there aren’t books out there like Tricky Vic too. They don’t look at bad guys specifically, though, but rather follow that book’s lead in revealing some pretty fabulous hoaxes. Fairy Spell: How Two Girls Convinced the World That Fairies Are Real by Marc Tyler Nobleman, illustrated by Eliza Wheeler, treads the same ground as the Mary Losure’s 2012 title The Fairy Ring: Or Elsie and Frances Fool the World.  But where the Losure title was a long middle grade work of chapter nonfiction, Nobleman and Wheeler are strictly in the picture book category. It’s actually a lot of fun to compare and contrast the two titles, and who doesn’t love a good hoax? Particularly when the creator of Sherlock Holmes is involved.

To be fair, I don’t know that I’d necessarily count all these books as part of a greater trend. Someday, we’ll see serious and complex picture book biographies of people like Richard Nixon and the like. But even before that happens, I do honestly feel like these books give kids a sense that the adults of the world don’t always have it together. They can make mistakes, screw up mightily, deny one another credit, or just be fooled in general. And yet, good can come out of it or come to light thanks to brave people. Gone are the days when we could tell our kids that everyone in charge was infallible. Now it’s up to us to arm them with a love of truth in the face of misinformation, gaffes and lies. These books will help. 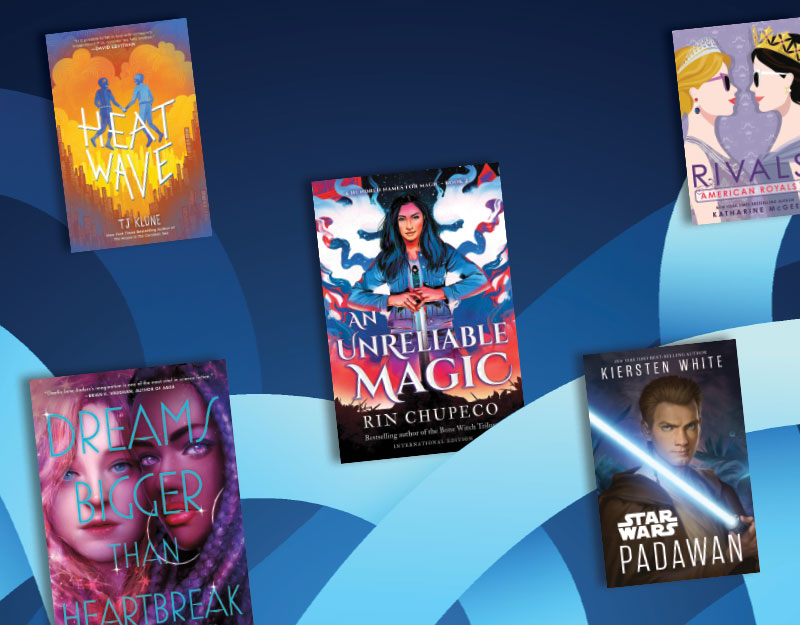 15 Duology, Trilogy, and Series Entries for YA Collections | Series Update