A couple weeks ago the June 6/13 edition of The New Yorker was the Fiction issue, and in it were essays by five authors, each subtitled “Childhood Reading.”  As you might expect, they were ostensibly memories of books read by these authors when they were young.  I approached each one with a bit of trepidation, though.  Recently I’ve been noticing a tendency that is by no means new, but has only grabbed my attention since I became the Collection Development Manager of Evanston Public Library.  It’s a tendency that may even explain why it is that so few adult authors are good at writing books for children.

Do you have the June 6/13 edition of The New Yorker on hand, by the way?  Pick up a copy and follow along with me and let’s find out if anything catches your eye.

It is not uncommon for authors of works for adults, when asked what they read as kids, to disassociate themselves entirely from the world of children’s literature.  They will often call upon books that straddle the adult and child world, like Treasure Island or One Thousand and One Nights, as if it would be a dangerous thing to admit to having seen a Harriet the Spy or, heaven help you, a Choose Your Own Adventure book.  Recounting how you had to stick your fingers in the pages to work your way back from terrible choices would actually make for a lovely little written piece, but that is not their way.

The New Yorker articles are hardly the only examples of this phenomenon, of course.  Each Sunday I dutifully read the New York Times Book Review and take time to pore over the interviews in the “By the Book” section.  And each time they’ll ask the interviewee what they read as kids.  Here are some recent answers:

Nathan Philbrick: In elementary school I read every book about World War I and II that I could get my hands on: Ted Lawson’s “Thirty Seconds Over Tokyo,” Paul Brickhill’s “The Great Escape,” Robert Donovan’s “PT 109.” The one very notable exception was Mark Twain’s “Huckleberry Finn,” which I read in sixth or seventh grade. Huck’s voice seemed so real, and the scenes on the river were mesmerizing for a kid from Pittsburgh.

Siddhartha Mukherjee: Rail-thin, anxious, despondent, always hungry. I read like a madman: My mother, desperate to feed me material, started collecting old newspapers from the neighbor’s trash. The childhood books that I particularly recall are Agatha Christie and Sherlock Holmes — both of which I still love to read on vacation. And Salman’s “Midnight’s Children.”

Sebastian Junger: My father grew up in Europe and was relentlessly erudite. That translated into me reading a lot. I read “Moby-Dick.” I read “The Three Musketeers.” I read “Two Years Before the Mast.” And I read anything I could get my hands on about the American Indians and anthropology in general because — by age 12 or so — I’d decided that life in a Stone Age tribe was far more appealing than life in the suburbs, where I lived.

And so on and such.

There are always exceptions.  Authors that haven’t been publishing very long often mention true children’s books without any shame at all.  Tig Notaro, for example, was asked what she read as a kid, answered, without hesitation, that she loved Beverly Cleary and Amelia Bedelia.  The Times asked, “What’s your favorite book to recommend to children?” Answer: ” “Ribsy,” by Beverly Cleary. I have read that book probably one billion times. It never disappoints. I still have it on my bookshelf at home.”

But there’s another factor that seems to be at play here.  Looking through a lot of the answers, I noticed that women were more inclined to admit to real books for read kids than their male counterparts. Mary Roach loved Misty of Chincoteague, after all.  In the issue of the New Yorker I mentioned earlier, Tessa Hadley waxed eloquent about The Secret Garden while Rivka Galchen should win an award for being the most-up-to-date on her references, thanks to her own children.  In “Where Is Luckily” she mentions Moomins, Elephant & Piggie (“in which the protagonist deliberates extensively about the ethical and gustatory implications of sharing…”), Cat in the Hat, The Snowy Day, and the Cozy Classics board book version of Moby Dick.

Is it possible that men generally remember books they encountered much later in life than women, and that’s why you get so many references to Thirty Seconds Over Tokyo (which apparently everyone and their brother used to read)?  I should note that women will often also eschew mentioning children’s books by name.  For example, in her own interview with the Times, Louise Erdrich says she was an inveterate bookworm, but fails to mention a single book she encountered.

In the end, I just have to assume that saying you were the kind of kid who preferred Tom Brown’s Schooldays to, say, R.L. Stine is just the cool thing to do.  Good readers read everything, and when they read everything it gives them fodder for their adult writing lives.  Heck, if someone asked me what I read when I was a kid I could toss off some nonsense about how I once picked up Puck of Pook’s Hill and that Kipling was really saying something directly to me when first I read “The Bee Boy’s Song”.  But honestly, it ain’t true.  Wait Till Helen Comes by Mary Downing Hahn was far more influential in my life.  Doesn’t sound good on paper, though.

I always get a little touchy when adult authors start speaking about children’s literature with an air of authority.  For those of us who work with the craft every day, it can feel a bit like they think no one has come up with these ideas before.  Nonetheless, sometimes you get some really insightful considerations.  Two recent pieces pair very well together.  The first is the aforementioned “At Home in the Past” by Tessa Hadley, where the author speaks at length about encountering The Secret Garden as an adult.  Though she makes the not insignificant error of saying, “Who would dare to begin a children’s book now with this raw, spare first chapter…?” (it’s a great opening to the book, no question, I suspect we could work up a great list of contemporary books to rival it if called upon to do so), the bulk of the piece is a contemplative consideration of how a good book for kids can continue to enthrall even the most skeptic adult.  She ends it so beautifully too.  “…I’m not sorry that I grew up on this rich ruitcake diet of feeling and moralizing. There are worse things. This is one of the miracles that fiction works: you can be a doubter and a believer in the same moment, in the same sentence.”

Compare that to Francine Prose’s piece at the back of the New York Book Review section of the Times this past Sunday.  When asked “Is It Harder To Be Transported By a Book As You Get Older?” she offers a lovely piece on how “for many children, the line between reality and the imagination is thinner and more porous than it is for most adults.”  She recalls her own history with E. Nesbit, Edward Eager, The Borrowers, and Mary Poppins, eventually coming to the conclusion that while an adult may take a “dip” in a book, children are capable of taking a “soak”.  She shares the page with Benjamin Moser who mentions children’s books off-handedly, preferring to discuss Les Miserables, The Count of Monte Cristo, and War and Peace.

Perhaps the authors in these interviews are invariable older.  When I was a kid the distractions to lure us away from reading were restricted to the television.  Now kids have a lot more devices to play with.  Combine that with the incredibly healthy children’s book market, and if I were a betting woman I’d say that in twenty or thirty years you’ll see answers about what people read that mention a lot more actual children’s literature.  Until then, let’s load those kids out there down with some great books.  Moby Dick can wait. 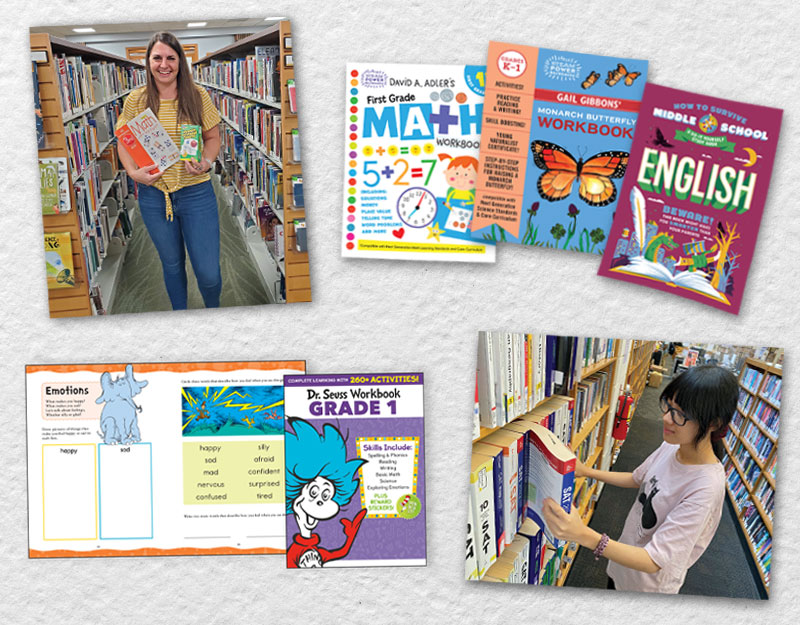