Top 100 Picture Books #10: The Monster at the End of This Book by Jon Stone, illustrated by Mike Smollin #10 The Monster at the End of This Book by Jon Stone, illustrated by Mike Smollin (1971)
For the pure joy of watching your audience’s faces as you read this aloud. – DaNae Leu
I had to look up the author – don’t think I ever read his name! I just thought of it as by Sesame Workshop. – Robin Parry
“Don’t turn the page”. I’ll never forget the first time I read this to my daughter. She really didn’t want me to turn the page. And then she laughed at the end. – Joanne Rousseau
I remember this book from my childhood more than any other. – Pam Coughlan
In this poll we’ve seen a lot of votes sink sink sink from their previous places.  Now, at last, here’s a book that’s gone up up up in the world.  Previously holding down a spot at #22, Stone’s title is remarkable partly because it not only introduced so many of us to the world of intrusive narrators (though how could anyone call Grover instrusive?) but also stands as the rare corporate entity that has actually become a modern day classic.
You will not find The Monster at the End of This Book in The Norton Anthology of Children’s Literature.  It does not appear in 100 Best Books for Children, or within the pages of Nancy Pearl’s Book Crush.  It has never won a Caldecott.  You cannot find it on most Top 100 Picture Book lists, nor in New York Public Library’s collection.
And yet . . . .
And yet here we find the one and only truly successful Sesame Street book ever to touch the hearts and minds of readers everywhere.  Sesame Street has a history of frustrating libraries and educators with its sometimes tepid literary production, but there was at least one notable exception to this.  And it involved a furry blue monster.
The description of the plot from the publisher reads, “Generations of kids have interacted with lovable, furry old Grover as he begs the reader not to turn the page . . . for a monster is at the end of the book! ‘Oh, I am so embarrassed,’ he says on the last page, for of course the monster is Grover himself!”
Robin mentioned not knowing who the author of this book was, and I’m sure she’s not alone.  For those of us who count ourselves as Sesame Street groupies, though, Mr. Stone was one of the big time heavyweights behind the show itself.  He wrote and produced the television program after doing some work on Captain Kangaroo.  Joan Ganz Cooney called him “probably the most brilliant writer of children’s television material in America.”  For a lot more information on Stone you can refer to Street Gang: The Complete History of Sesame Street by Michael Davis which covers a lot of this ground.
Really, it’s illustrator Mike Smollin who piques my interest.  I mean, talk about a forgotten fellow.  Looking at his roster on Amazon you can see that he did a fair number of Sesame Street titles (The Great Cookie Thief, anyone?) as well as other series like Strawberry Shortcake, LEGO, books by Seaworld about Shamu, etc.  Fortunately the man has a website and there we learn that he was an advertiser turned illustrator.  “Over the years, Michael’s imaginative endeavors have been recognized with awards from the Emmys, The Society of Illustrators, The Detroit Bravo Awards and The Hollywood Reporter.”  He passed away in 2010 and looking at his career there is little doubt that this book remains the shining achievement of a long career.
In many ways this book is built upon the premise of disobeying orders.  A similar and more recent book, Don’t Let the Pigeon Drive the Bus by Mo Willems works on an almost opposite premise.  In that book you are given your orders at the start and then you (the tiny reader) can feel powerful and justified by denying the Pigeon what it wants.  The moral superiority is completely lacking here.  True, the kids know perfectly well that Grover is in the wrong, and so they delight in both the naughtiness of going against his wishes and the humor to be plumbed by his increasing breakdown.  Even more remarkably, Grover is still a sympathetic character.  Unlike the gator (croc?) in the picture book Don’t Make Me Laugh by James Stevenson, you aren’t disobeying Grover because you don’t like him.  You do like him!  He just doesn’t have all his facts in place (and besides, it’s fun to see him flail).
This is also the only Little Golden Book that I am aware of that’s on the Top 100.  No mean feat.  You can read the whole thing here, and in beautiful big, bright colors too.
The title also inspired several sequels.  These included Hide and Seek: With Lovable Furry Old Grover, Please Do Not Open This Book, the dire-sounding Lovable Furry Old Grover’s Resting Places (is that where he places his lovable furry secret kills?), and Another Monster at the End of This Book starring Elmo.  And according to its wiki the original sold over two million copies in its first year alone.
Here’s the abomination: We are mildly suspicious of the fact that while this book was published in 1999 and credits Jon Stone as the author, Mr. Stone passed away in 1997.

It was turned into an app not too long ago.  One that actually features Frank Oz’s voice.  So well played there. 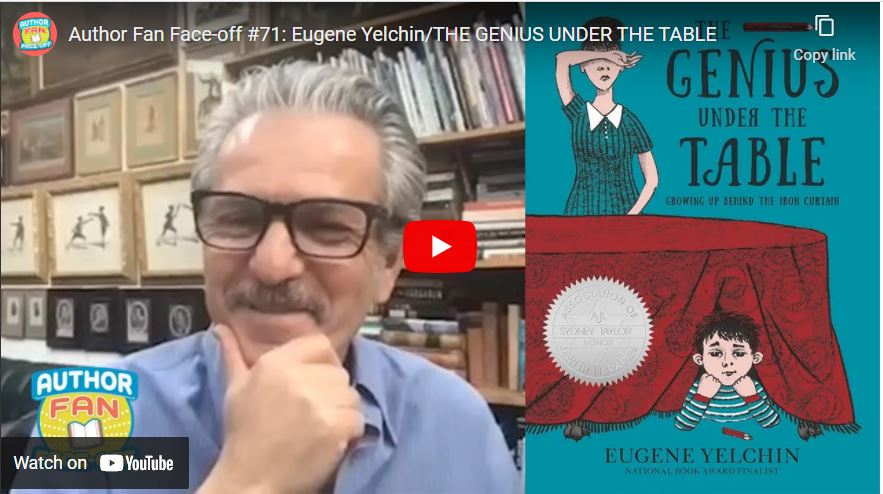