Previously #56, Lowry’s classic stays at pretty much the same spot on both the old and the new list.  And why not?  A beautiful book that deserves to be remembered.

The plot from the publisher reads, “Ten-year-old Annemarie Johansen and her best friend Ellen Rosen often think of life before the war. It’s now 1943 and their life in Copenhagen is filled with school, food shortages, and the Nazi soldiers marching through town. When the Jews of Denmark are “relocated,” Ellen moves in with the Johansens and pretends to be one of the family. Soon Annemarie is asked to go on a dangerous mission to save Ellen’s life.”

In terms of the research for this novel, Ms. Lowry talks a bit about it on the Scholastic site: “I did a lot of research in libraries, about the history of WW II and Denmark’s role in it. But the most important thing I did was to go to Denmark and to talk to people who had actually participated in the rescue of the Jews. It was important, too, to walk around Copenhagen and feel what the city is like (and imagine what it had been like then) and to go up the coast, through the farmland and the fishing villages.”

There is a serious debate out there about if and when to teach children about the Holocaust.  “Representations of the Holocaust in Children’s Literature” from the Children’s Literature Review puts it this way.  “Holocaust children’s literature has always been controversial. Though some feel that the subject matter is inappropriate for young audiences, others argue that children must be educated about such a significant historical event.”  So periodically we will see children’s books try to tackle this slippery subject.  Some fail, others succeed, and one of the most successful was probably Number the Stars.

Good old symbolism.  This book is chock full of it, but not so much that it annoys the reader (whether an adult or a child).  In the April 1997 edition of Lion and the Unicorn, David L. Russell takes a close look at some of that.  “The symbolism of the boots trampling on this human dignity is found in many, if not in most, stories of the Holocaust. In fact, Lowry’s editor felt that there were too many references to the boots and that some should be eliminated, but Lowry rejected the advice, noting that ‘those high shiny boots had trampled on several million childhoods and I was sorry I hadn’t had several million more pages on which to mention that’.”  And that’s not even getting into the Little Red Riding Hood comparisons Brenda Ferber brought up.  It’s one of those elements that you don’t notice at first, but if you look for it . . . oh, it’s there.

In terms of the cover, Ms. Lowry says, “The girl on the jacket of Number the Stars is a Swedish girl named Anna Caterina Johnson. (She prefers being called Ann.) I photographed her when she was 10… She is now married with three children!”

I won a Newbery Award Medal proper in 1990, beating out such titles as Afternoon of the Elves by Janet Taylor Lisle, Shabanu, Daughter of the Wind by Suzanne Fisher Staples, and The Winter Room by Gary Paulsen.

I’ve seen fan art by professional illustrators on a lot of books, but this image by Ashley Smith surprised me.  I would not have though the book a likely candidate for impromptu illustration. Publishers Weekly said of it, “The whole work is seamless, compelling, and memorable — impossible to put down; difficult to forget.”

School Library Journal followed that up with, “Readers are taken to the very heart of Annemarie’s experience, and, through her eyes, come to understand the true meaning of bravery.”

Said Booklist, “While the novel has an absorbing plot, its real strength lies in its evocation of deep friendship between two girls and of a caring family who makes a profoundly moral choice…”

Generally speaking, folks don’t muck about with the original photograph. They will tamper with the color, though. Or just forget the image entirely and replace it with another. 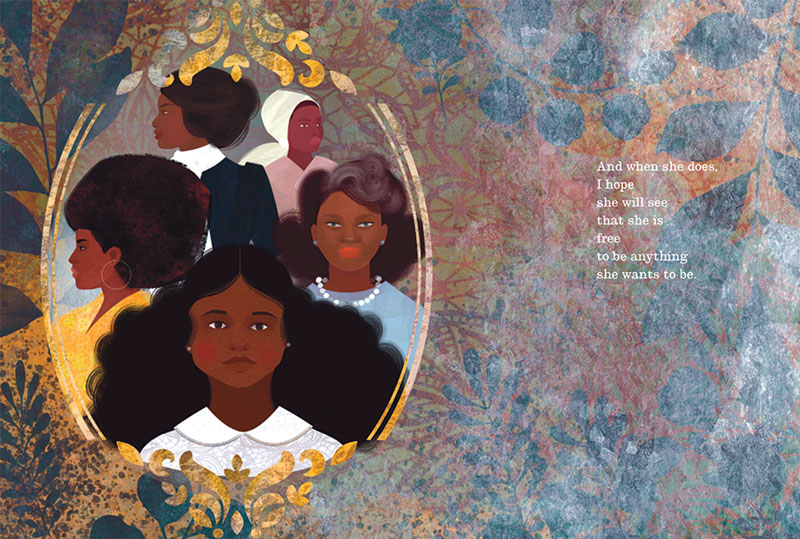