Review of the Day: My Side of the Car by Kate Feiffer

Reality is subjective. You learn this when you have children of your own. What may be glaringly obvious to a parent will pass right over a six-year-old’s head (and vice-versa). To a certain extent, children and parents live in entirely different worlds. I’ve been trying to come up with a list of children’s books that acknowledge this fact, and it’s tough. So many picture books are of the didactic let’s-teach-kids-not-to-lie variety that the ones where kids come up with their own imaginative stories and live to tell the tale are few and far between. I mean, can you think of any books where a child stretches the truth because they truly believe what they’re saying, straight in the face of parental obliviousness? Aside from Calvin and Hobbes it’s a toughie, but that’s just one of the many reasons why I am so very fond of the father/daughter creation that is My Side of the Car. A brilliant example of willful ignorance (or is it?) Kate and Jules Feiffer tap into those times in a kid’s life when the line between what’s true and what they hope is true blur.

You don’t understand. Sadie isn’t just excited that she’s going to the zoo today. She’s excited because she’s FINALLY going to the zoo today. If you ask her, she can come up with three previous times when she was supposed to go to the zoo and ended up having to do something else instead. But today’s different. She and her dad are in the car and nothing could possibly stop them . . . until it starts to rain. Sadie’s dad is understandably worried and has to inform his daughter that rain means they can’t go to the zoo. However, Sadie (ever the optimist) informs him in no uncertain terms that while it may be pouring on his side of the car, there’s nothing but sunshine, and zoo-going folks, and people watering their lawns, and ice cream eaters on her side of the car. That is until they actually get to the zoo. Then it’s up to Sadie to determine what it is they do next.

Then there’s the use of little girl hyperbole. Kids exaggerate. It’s what they do. But part of what I love about Sadie’s exaggerations here is that some of the time she’s just exaggerating to herself alone. She’s willing herself to believe what she says. For example, when her father asks her to look out her window to see if it’s raining yet the text reads, “I look out my window, and the sun is shining on my side of the car. People are putting on their sunglasses and heading to zoos all over the world on my side of the car.” She doesn’t tell this to her father, which leads me to believe that it’s something she needs to see and believe for herself first. Then Ms. Feiffer starts to test how far she can push her audience. Are kids reading this book going to believe Sadie when she says it’s not raining on her side? They know that rain doesn’t tend to fall on 50% of a car. Interestingly, they may side with the idea that Sadie is making this stuff up . . . until the moment when she concedes that one drop has fallen down her window. That’s such an odd little detail that it may throw young readers right there. If she’s lying then why does she admit to seeing even one drop?

Mr. Feiffer’s job is to keep up with his daughter. She’s laying down the beats of the book and he’s picking ‘em right up again. Some of this is fairly self-explanatory, like when he has to show the previous interrupted zoo trips. But Kate has left him sufficient room to get creative as well. When Sadie says that, “The monkeys and giraffes and elephants and polar bears have waited a long time to see us,” Mr. Feiffer conjures up the most morose looking polar bear you’ve seen this side of a melting ice cap. He also has to find a way to show great zoo-going masses of people and, perhaps trickiest of all, he has to illustrate a car where only half of it is being rained on. Or rather . . . he has to be ambiguous. Since the child reader is never quite certain if Sadie is telling the truth or not about her side of the car, Mr. Feiffer has to show the car from her perspective, while also making other images a little less crystal clear. There are certain drawings where you can definitely see the rain hitting the roof and hood of the car, but it’s up for interpretation as to whether or not only half the vehicle is getting wet or if it’s the whole kerschmozzle.

Mr. Feiffer, I’d like to note, is the author of the greatest picture book readaloud in the history of the world: Bark George. I seriously believe that if you were to come up with a single picture book to enthrall readers 0-100, it would be the winner. Part of the charm of that book, aside from the beautifully unnerving storyline, is Feiffer’s art. Those of you familiar with his Village Voice days will be pleased that after all this time his style remains recognizably his own. Best of all, he doesn’t suffer the problems of a Charles Schulz, who began his cartooning life with perfectly straight lines only to get shakier and shakier as the years wore on. Feiffer’s style has always been loose, and in My Side of the Car that looseness is key to the storytelling. Sadie, for her part, is infinitely adorable. Your initial glimpse of her is on the first page where she can be seen performing a mid-air leap, the prospect of a zoo visit gleaming in her eyes. Later that look is repeated when it is clear that the rain has stopped and she can go to the zoo after all. The watercolors employed in this book perfectly capture the look of daytime in the rain, all green foliage and gray overcast light. As for the details, parents will appreciate that Sadie is strapped into the backseat and not the front passenger seat (not a safe place for a kid to be, particularly on a rainy day). They’ll also like that Sadie’s father thought to have a change of clothes for his daughter in the backseat. For my own part, I loved what Feiffer did with her post-wet hair. Prior to walking to her father’s side of the car in the rain her hair was a rather nicely coiffed Ramona-esque do. After getting back in the car that same hair frizzes out every which way. Nice touch.

There are certain concepts that work really well in a picture book because all kids understand them. Injustice is probably one of the best. Kids really glom on to stories about injustice and disappointment. My Side of the Car, therefore, does a bloody brilliant job of tapping into that feeling. Kids don’t just identify with Sadie here. They become her. There’s not a child alive that’s going to blame her for wanting to go to the zoo so badly that her observations fly in the face of reality itself. And with Mr. Feiffer’s excessively accessible illustrations to help the story along, this just comes across as one of the best little picture books to hit the market all year. A fun, beautifully illustrated, original concept with a great idea and some top-notch writing. Nuff said.

Videos: Father and daughter recount the real life events that inspired the book (and try to figure out whether or not it actually was raining on Kate’s side of the car). 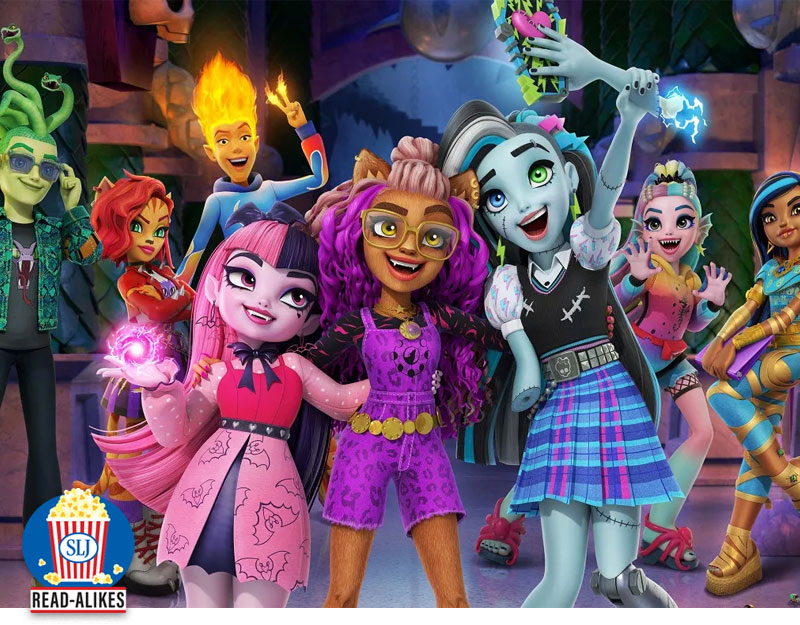