There was a boy. He came into my library branch. Couldn’t have been more than ten years of age. A good kid. He knew to come up to the reference desk to ask his question, and he wasn’t shy about it either. “I want books on fairies.” Wow. Without hesitation I virtually dragged the kid over to the middle grade reader section, then got some clarification. “Fairies?” “Fairies.” Right then. I looked about. Clearly this was a Spiderwick boy. We get them sometimes. Once Tony DiTerlizzi and Holly Black made it okay for boys to be into fairies the gender roles dissolved just a little. As a test I tried him out on What-the-Dickens by Gregory Maguire. No go. Not interested. The Ruby Key by Holly Lisle or Changeling by Delia Sherman? Yes, those he’d take. So it was that my piece de resistance turned out to be The Fairies of Dreamdark: Blackbringer (now published merely as Dreamdark: Blackbringer). I owe a lot to this action-packed series by Laini Taylor. In the first book Ms. Taylor took the old tropes, turned them on their heads, gave them a swift paddling, then lit them on fire. So to speak. Now she has come out with a sequel and has shifted the narrative around a bit. Just as gripping as its predecessor Dreamdark: Silksinger continues the story of Maggie Windwitch, introducing new characters, new situations, but the same old excitement.

Defeating the Blackbringer? Check. Continue to fly around with crow brothers? Check. Only now fairy Maggie Windwitch is on a mission. She needs to find the sleeping Djinn and wake `em up. Little does she know that she has allies in this quest. Whisper Silksinger is the last of her clan, sworn to protect the djinn Azazel. Hirik, another fairy, is from a disgraced clan, must in turn protect Whisper. Add in some betrayals, battles, and a villain hiding where you’d least suspect him, and a demon army of an untold scale and Maggie may yet find that the Blackbringer was nothing compared to the new dangers she now faces.

I decided to test the book. If I picked it up without rereading its predecessor, would I be able to follow the action in Silksinger or would lose me right at the start? As it happens, readers who’ve never even read the first book may be able to jump into the second without any difficulty. You really only have to know that #1: Djinns are all powerful, #2: Fairies are moderately powerful, #3: Someone wants to kill the djinns and that’s bad. I didn’t get around to rereading the first book, and found that Ms. Taylor catches you up on the second without dragging down the narrative one jot. Fair play to the author then. It’s also a nice thick book, that’s for sure. But for as long as it is, you wouldn’t really expect the story to fly by as swiftly as it does. It is a fact of nature that the more exciting a book is, the faster it flies by. If Ms. Taylor has any special writing skill superpower, it would have to be something along the lines of Action Ratcheting. That woman just knows how to crank up the tension. This is admirable when you consider how accomplished the characters are. A child reader wants the heroes to be powerful in their own ways, but not so powerful that they don’t face dramatic situations. Whisper and Maggie combined would be near undefeatable, so Taylor keeps them separate from one another for quite some time. She also manages to disarm them in various ways, which doesn’t seem like it would be particularly easy.

The point of view in this book actually kind of rests behind four different sets of eyeballs. There’s Maggie, of course. Then there’s the Hirik, Whisper, and even little Batch. Taylor doesn’t stop there. These are the main characters so you get inside their heads the most, but even the villains get a bit of time to strut on the stage, thinking their dread thoughts. A consistently shifting and changing point of view is a difficult beast to master. A lot of the time authors will avoid it entirely in favor of nice, simple, quiet, easygoing first person narratives. The fact that Ms. Taylor makes it work as well as she does is to be commended, praised, puzzled over, and commended yet again.

The first book was the first in a series, true, but it felt like a stand alone book. Silksinger doesn’t go quite that far. It’s definitely ends on more of a To Be Continued note. With its equal boy/girl heroes, disgusting villains, and powerful plot, I consider the Dreamdark series to be one of those slow burn fantasy series. Slowly kids are discovering it. Slowly they are loving it. And those who’ve fallen in love with the first one will find just as much to enjoy in this next. A worthy sequel to a fantastic fantasy.

Notes on the Title Change: As you may have noticed, this series originally was published under the name “Faeries of Dreamdark”.  Now that has been changed to the short and businesslike “Dreamdark”.  No messing around here.  It’s not as if they’re hiding the fairy element, though.  I mean, there are big old wings on the cover, after all.  Guess it just sounded that much more badass to them.

Fun Fact: I just happen to love this note from the Acknowledgments section: “Speaking of blog, my dread devil general would be named something quite different were it not for the word verification function of the Disco Mermaids site, which offered “ethiag” up to me one day in lieu of something like “gfqlix” or “vbruyyt” as I was leaving a comment.” 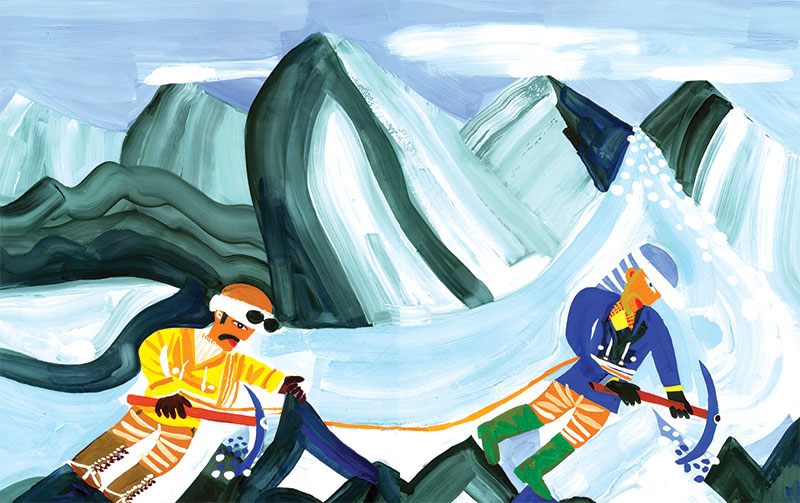