Said I heard it through the Amazon VINE™ Where does your average everyday consumer go to find reviews of children’s book? I would love to say they go to their local library and check out their professional reviewing mags, but this is unlikely at best, downright deluded at worst. No no, many folks out there go to one of two places for reviews. They either Google the book’s name and the word "review" or they go to Amazon.com.  With its anyone-can-review promise, Amazon reviews vary from the fine to the bizarre, often right after one another. Recently someone speculated to me that with the proliferation of online review sites (LibraryThing, Goodreads, etc.) Amazon has had to step it up a notch and do something to encourage people to write more reviews. The answer?

Meet the Amazon VINE™ program! Your average VINE™ reviewer is eligible for around four titles a month*, most of them unpublished. Folks compete to get the chance to review one item or another without the promise of necessarily getting to keep said item. Amazon reserves the right to ask for their items back, though this rarely happens. And for the average joe who doesn’t get galleys, it may sound like fun.

I’ve been regarding the Vine program with a wary eye until now. Over the years I have managed to write enough reviews and garner enough votes deeming me to be "helpful" to become Amazon reviewer #32 (classic status #37) and until now my reviews have enjoyed a kind of highlighted status on Amazon pages.  The better ranked a reviewer you are, the more prominent your reviews.  Interestingly, now that this Vine program has taken effect, my reviews have been shuffled off to the side while their reviews get the coveted slots instead. You see, the layout of an average Amazon page places those reviews deemed most helpful in the center, full text.  New reviews after that are shortened and put along the side of the page.  That’s where reviewers like myself are now ending up.  Even that wouldn’t be so bad, were it not for the fact that Vine reviewers see things beforehand and have a chance to often fill up the middle portions before anyone else has a chance to post their own thoughts.  Top reviewers are shuffled to the side, but really good average joe reviewers are even less conspicuous.

Ho ho, you say!  How quickly the receiver of ARCs becomes Little Miss Complainy Head.  Wah wah, I don’t get all my reviews front and center.  Wah wah, other people are getting galleys too.  Well, I hear ya.  And there are things to respect about the program.  Amazon doesn’t encourage its reviewers to be positive at all times.  I have seen concerns raised in various quarters about the sheer amount of positive reviews given to Vine products.  That doesn’t concern me, though, because my problems with Vine are almost the opposite.  As one reader wrote to me, "these Vine reviewers are basically paid Amazon employees.  And they are kind of mean and not particularly qualified, and feel like it is their job to snipe at whatever they get.  This is not reviewing."

You see, on the children’s literature side of things, the people submitting reviews are often getting products for kids that require a subtle hand.  And when they find that the book they’re reading isn’t Goodnight Moon Redux, they can get negative.  Not critically constructive.  Not helpful in their feedback about what does and does not work.  Just mad.

The Vine reviewers are sometimes not the best representative readers for books that are a little different.  For example, have you happened to notice that Mac Barnett and Adam Rex’s Guess Again! got the strangest possible reviews thanks to Vine?  Worse still, the fate of Tony and Angela DiTerlizzi’s charming if downright bizarre Meno.  Both of these are subversive little titles that upset standard storytime conventions.  Guess Again! is the straight picture book equivalent of a fractured fairytale, upsetting a reader’s expectations, making it hee-larious to kids around the 5-8 year-old age range.  But the Vine program sent the books out to folks with small children who were then shocked SHOCKED when they discovered it wasn’t for their tiniest of tiny tots.  That would be fine, but then they felt obligated to leave tepid reviews in spite of the fact that they knew perfectly well that their kids weren’t the intended audience.  Meno has fared far worse, with folks not getting the book in the least.  What’s worse, there are about 19 reviews for that title, and as of this post all of them from Vine reviewers.  Angry Vine reviewers who are appalled by the tiny bits of farting in the book.  Sacrebleu!  Note too that the Meno sequel hasn’t a single review to its name yet.  Not a part of the Vine program, its reviewers will have to be boring old average everyday citizens rather than their livid Vine compatriots. The Vine reviewers, by the way, have their own forum on Amazon where they discuss books.  There is no way of knowing what happened in these two cases, but it certainly has the feel of a pile-on.  Both books, for the record, are Simon & Schuster products.  The Vine program, meanwhile, is, "a program that allows manufacturers and publishers to create ‘buzz’ via reviews that are published on the Amazon.com site and elsewhere. Companies that use this service pay for access."  Ipso facto, companies are sending out their products to this program (and perhaps money to Amazon) so as to get formally whacked upside the head.  That’s the same risk they run sending their books out to any print or blog reviewer, of course.  The difference being that you can rely on a professional reviewer to give insightful commentary and acknowledge a book’s intended audience, and you can determine whether or not a blog reviewer is the kind of person you want looking over your product.  And you don’t even have to pay us.  The Vine folks, by contrast, are not professional reviewers and yet they enjoy a newfound #1 status of sorts.

And you know where this may well lead, right?  Companies, seeing the negative reaction to books with a bit of gut and awesomeness to them will be less inclined to offer the more interesting titles to the program.  By extension, they may also be less willing to publish books that aren’t a 500th retelling of some Guess How Much I Love You? derivation.

That’s a bit Chicken Little-ish of me, but it’s certainly worth thinking about.  I think the Vine program was bound to happen one way or another, sure.  But where it leads and what the consequences are have yet to be determined.  My wary eye remains wary.

You can find an Amazon discussion of the program here.
Kate Messner considers participation in Vine.
And Chasing Ray places everything in fabulous context here. 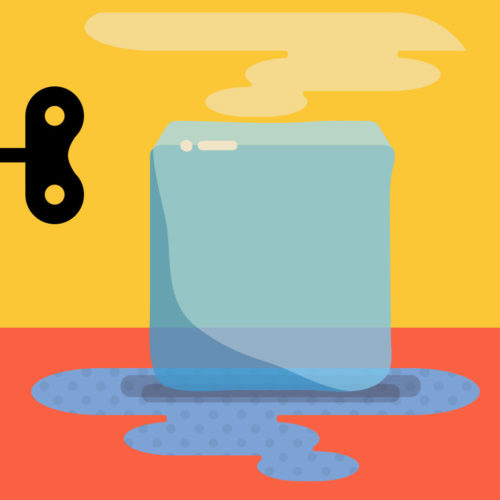