Getting a Taste for Some Tales for Little Rebels

There are few children’s literary academics that blog.  I will not say that there aren’t any out there, but to my mind there are far fewer than there should be.  That was one of several thoughts tip-toeing through my head as I entered the Bobst Library on the campus of New York University.  It’s funny but in the four years that I’ve lived in New York I have not once had occasion to step foot onto NYU’s campus for any reason.  Yet when Philip Nel was kind enough to invite me to the publication party for his newest book Tales for Little Rebels: A Collection of Radical Children’s Literature, you can bet that I leapt at the chance.

The result was a room full of New York University Press associates, children’s literature academics, and NYU folks of one sort or another.  I initially felt a little out of place.  In New York there is a kind of core group of people that you will find at one event or another.  The only time I have found almost nobody to speak to was a bizarre Walker Books celebration of Sandra Boynton’s Blue Moo held at a faux diner in the heart of Midtown.  That was an extraordinary occasion, and I felt confident that at least at this event I would be able to strike up a conversation with Mr. Nel himself.

If you have missed the buzz surrounding Little Rebels, the book is best described by Jack Zipes, the Professor Emeritus of German and comparative literature at University of Minnesota who provides the Forward.  He begins by noting that, "A radical person is someone who endeavors to understand the world by going to the root of the phenomenon, issue, or problem."  This book is a collection of a variety of such "radical" works for children, from propaganda to mere political meanderings.  Zipes concludes that editors Nel and Julia Mickenberg have seen to it that, "Not only do the works in their anthology reveal how vibrant and experimental the writers and illustrators were and still are, but by offering this wide selection of mostly out-of-print works, they uncover the historical roots of radical children’s literature in America and keep the ‘radical’ tendency alive at a time when American culture must take stock of itself."

I have every intention of reviewing this in time, so I am disinclined to give away too much.  Suffice it to say, the book is chock full of reprinted original texts as well as artists and authors ranging from a Walt Kelly Pogo selection (Alice in Wonderland inspired, no less) to Munroe Leaf and Julius Lester.

You would be very proud of me.  Where in the past I would slink and sneak about at an event, keeping well and truly clear of the nice people who invited me in the first place, this time I located Mr. Nel and introduced myself.  Such a nice fellow.  I didn’t want to monopolize him since this was, after all, his party but that was fine since he was going to be speaking soon anyway.

NYU Press had taken pains to copy the Table of Contents and hand it out to us.  This made for good reading, book or no, and provided a handy counterpoint to the speakers as they came up.

Here we have the two editors of the book.  Both Julia L. Mickenberg and Philip Nel were preset and accounted for.  This is particularly impressive when you take into account the fact that she hails from the University of Texas where she is an Associate Professor of American Studies and he is a resident of Kansas, working at Kansas State University as a Professor of English and Director of the Program in Children’s Literature.

Now you know how you’ll pick up the work of someone who spends their days within the halls of learning and the minute they begin to speak about their book you find your eyelids making a break for the floor?  Not the case here.  Both Mickenberg and Nel were engaging, talented speakers.  Both brought up little points of interest, like the fact that the cover has already gotten an objection from someone because it shows a boy with a gun.  A POP gun, but a gun just the same.  You couldn’t write this stuff.

Right from the start they made the point that not everything written by radicals is, in fact, radical.  That said, the realm of children’s literature "has always been political".  It makes sense.  Abolitionists wrote abolitionist texts for their kids.  Communists for communist children.  Second wave feminists for their offspring.  And so on.

The high point of the talk consisted of the readaloud portion.  First up was Mr. Nel who, I would like to point out, is a born public speaker.  I guess it helps when you have to discuss thoughts and ideas in front of large groups of students, but the man was fascinating.  He read a little from a Communist ABC book ("E stands for Empire, built upon blood") then segued into a story called Mr. His by one A. Redfield.  You may know Redfield by his other name, Syd Hoff.  Who knew the creator of Danny and the Dinosaur had such leanings?  Not to be outdone, Ms. Mickenberg proved that she too was up to the challenge, reading portions o

Extra: 10% of the profits of this book will got to UNESCO.  This was done at the bequest of Monroe Leaf’s son in lieu of payment for the rights to his father’s images.

I had expected to find many things at this gathering, but the number of present children amazed me.  Not that there were huge schools of them floating about, but at least three popped up within my line of sight at one time or another.  There was even a six-year-old who acted as if he was the biggest Philip Nel fan ev-ah.  Early in the evening I heard him plead with his mother over whether or not he could get an autograph for his book, only to be told to wait until there weren’t as many people around.  Then, during the talk, he snuck up and gave Philip what appeared to be a candy cane, only to sneak back into the audience.  The minute the talk appeared to be over he grabbed his book, rushed the stage, and Philip signed the title for him very nicely.  I enjoyed the entire

After the talk I ran into Michael Joseph, creator of the child_lit listserv amongst other Rutgers-based accomplishments.  We were joined by Waller Hastings and I found that there was quite a lot to talk about now that I had recognizable fellows with which to speak.  We touched upon everything from The Boy in the Striped Pajamas to Leonard Marcus to the fact that I prefer to lurk in silence on child_lit rather than raise my squeaky voice.  Philip rejoined us and even signed my book with a loquacious poem.  I say "loquacious" because this is a word that he managed to rhyme in the poem itself.  No small feat.

All in all the wine was plentiful, the dessert platters almost obscene in their amount of choices (would you prefer a big thick brownie or a mound of chocolate chip cookies?), and the company sublime.  Those of you in New York who are interested in getting a copy of this book and hearing these two speak will want to know that they will be signing this book at Bluestockings, the radical bookstore, community center, and fair trade cafe.  I cannot think of a more appropriate venue.  They will be there at Saturday, December 20th at noon alongside Charlotte Pomeranz and Joe Molnar.  You may also look at some pages from the book here.  Enjoy. 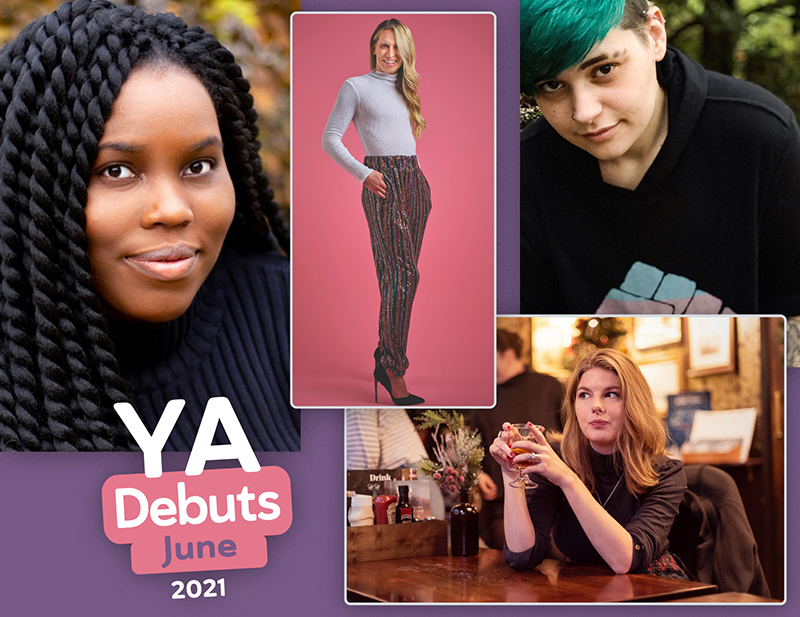