Nerd Culture, Fandom, and the Middle Grader: An Interview with Sam Maggs

The blog interview, much like the blog book review, is no good to anyone unless there is a hook. You could place before me any author or illustrator and tell me that they’re everything I’ve ever wanted in an interviewee, but unless I know how to tackle my talk with them, I will not be able to string together two words that anyone will want to hear.

When Macmillan proposed that I speak to one Sam Maggs, I was impervious to their charms. Sorry, guys. This person I do not know. What is the hook? Well . . . how about the fact that Sam “is a prominent voice in nerd culture (particularly female representation in fandom). In the past 5 years alone, she’s attended 40 comics conventions around the world, appearing on and moderating panels”? How about the fact that her new book, Con Quest,
was written, “to help those nerdy tweens embrace their inner fanboy and girl and show them that they’re not alone”? Or that it can serve as a tool for parents and gatekeepers to introduce them to nerd culture and conventions”?

*sigh* Yeah. That’s in my wheelhouse all right. Or have you not met 13-year-old me?

As for the book itself (which has a star from Kirkus), here’s the plot summary:

Cat and Alex are excited to be at the world’s most popular comics convention—and they’re even more excited to compete in the Quest, a huge scavenger hunt run by their favorite nerdy celebrity. The big prize: a chance to meet him!

The twins ditch their older sister Fi and set off to find geeky clues, tackle nerdy challenges, and cross as many items as possible off their Quest list, which includes volunteering at an Artist Alley booth, gathering cosplayers in enough colors to make a double rainbow, and actually finding something healthy to eat in the convention center!

Can the twins work together even when they disagree on how to compete? Will Fi find Cat and Alex before their parents realize they’re missing? Most importantly, can these ultimate fans complete the ultimate Quest?

Betsy Bird: Hi, Sam. Big time thanks for talking to me today. So you’ve written a book where two kids are fully STEEPED in contemporary nerd culture. Long shot but did you have some experience with this when coming up with the idea for the book?

Sam Maggs: Is it that obvious that I’m a big nerd? Ha! But yes, absolutely. My parents have always been big into geek culture, I’ve always been big into geek culture, and it’s informed and improved so much of my life. I went to my first convention with my mom when I was eighteen (a Stargate-themed con) and for months beforehand I’d been talking with all the other attendees online. When I arrived, I had this built-in, brand-new group of friends waiting for me; people from all over the world who I’d never have met otherwise, and who I immediately had something in common with. That’s when I realized fandom is really about connection, and not just about pop culture.

BB: I’m very curious about what being a nerd today means for a kid vs. back when we were young. There’s this perception that with the rise in nerdy activities (from comic cons to the success of superhero movies to the adulation of anyone working in the tech industry) it’s much cooler to be a nerd now. Do you think that’s accurate? How do kid nerds deal today vs. in the past?

SM: Today, nerd culture is pop culture. Everyone went to see Avengers: Endgame. Everyone knows who Wonder Woman is. That kind of geek cultural awareness is almost inescapable. Plus, the advent of social media means it’s a lot easier for kids to find like-minded friends; they’re not just limited to whoever is in their class or their grade, and so help them if nobody else likes their favorite weird anime, you know? So in a way I do think that nerdy kids have many more ways to find people who might be interested in the same things they are. But I think being a kid – especially a middle schooler – is always tough, and kids will always find ways to be bullies. So really, we’re all still just trying to find our way through.

BB: The book is a kind of love letter to the world of fandom. What can being a fan of something do for a kid?

SM: So much! Like I said, fandom can introduce you to a whole world of new friends and bypass that initial social awkwardness – you have an immediate icebreaker. It can also be a great outlet in which to see yourself represented where you might not otherwise. Plus, it opens the door creatively: fanart and fanfiction and other transformative works are a big part of fandom. Creating and consuming that kind of content is an awesome outlet.

BB: Well, that leads right into my next question. Let’s talk gender and sexuality a bit. There are lots of kids in fandom who are LGBTQ+ and/or gender non-conforming or non-binary. Being a fan in the nerdy sense used to conjure up, for lack of a better example, the comic book shop guy from The Simpsons. It feels now like it’s a refuge for a lot of kids that might not have an immediate community to connect to. What’s your firsthand experience with that? Does any of it show up in your book?

SM: Absolutely. Everyone is a fan of something, no matter who you are, who you love, or what you love. The best fandom communities are open, generous, and accepting of all people. There’s definitely LGBTQ+ representation in Con Quest!, which is really important to me as a bisexual woman. We all deserve to see ourselves represented on the screen and on the page, and I want kids to know that – no matter who they are – fandom and the people who love it are here to embrace them.

BB: Women, certainly, have had a hard time breaking into the boy’s club of fandom for quite a while. In your book your villain is James M., a con staffer who hates “fangirls and fake geeks.” I suspect you’ve encountered more than one James M. in your own life. Care to dish?

SM: Ha! I absolutely have. There are, sadly, no shortage of gatekeepers in the nerd world. I remember the first comic shop pub night I went to, one of the shop employees quizzed me on the names of Peter Parker’s parents. Completely ridiculous. And on a more serious note, I’ve experienced gender-based discrimination even in the workplace (I make video games for a living.) I try to be sympathetic about it – these folks have seen fandom as their refuge for a long time and worry that an influx of “new” fans will threaten the things they love. But the truth is that women and other marginalized people have always been active in fandom, they just haven’t felt able to openly express themselves in the places fandom was typically discussed (eg. comic shops, online forums, etc.) We’re not trying to take away anyone’s toys. We just want toys for everyone. Plus, then we’ll get a broad diversity of stories being told, which means everybody wins!

BB: On the literary side of things, your bio says you’ve been a fan of Tamora Pierce in the past. Your book is realistic fiction, but is there a fantasy you’ve been hoping to write at some point?

SM: Oh definitely! I don’t want to say too much, but I’m working on a YA novel with a fantastical element right now. I could never dream to live up to Tamora Pierce’s level though. Icon status.

BB: And to wrap it up, what are you working on now? Or can you say?

For sure! My next book The Unstoppable Wasp: Built on Hope is out July 14th with Marvel Press, and my first original graphic novel, Tell No Tales, will be out in 2021. And keep an eye out this fall for three more fandom-related titles I’m working on right now!

Many thanks to Sam for answering my questions and to Morgan Rath at Macmillan for setting this up! 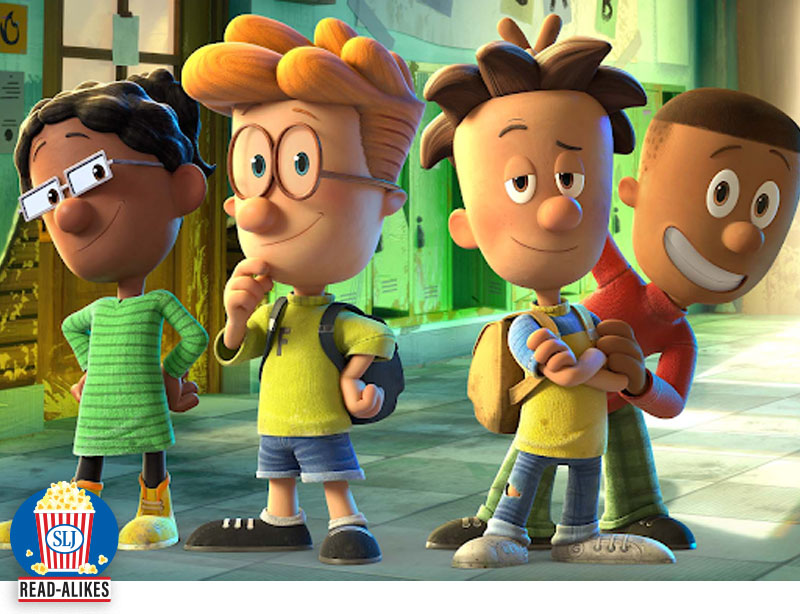