Unexpected Jolts of Children's Literature: You're Covered in Bees!

By night I blog as a children’s literature groupie, but by day I am mild mannered Betsy Bird, Collection Development Manager of Evanston Public Library, responsible for purchasing all the latest books for adults. Odd, no? But while you might be able to take the girl off of the blog you can never truly take the blogging out of the girl. So it is that every time I see an adult book that contains children’s literature in some way, I must tell you about it! And what more fitting title to begin with than . . . True weird fact: Jane Mount was the sister of one of my husband’s best friends growing up. That is not, however, why I like this book so much. It’s not even because it contains a wide plethora of your favorite children’s literature nerds (like me!) recommending their favorite titles (I got to do Grace Lin and Frances Hardinge). It’s because THIS is the book you’re going to hand all those people around the holiday season that are readers but that are hard to shop for. Behold, the answer to your prayers. A coffee table book you (and they) will actually pick up regularly.

The General’s Cook by Ramin Ganeshram While not tied directly into anything children’s literature focused, a glance at the cover and you’ll understand why I’m including it here today. This is a fictionalized telling of the life of Hercules, the chef of George Washington. If you recall the picture book A Birthday Cake for George Washington, you’ll see why this book is of interest. One wonders if it was written as a response to that infamous picture book. Library Journal makes it clear from the very first sentence what the deal is with this book, saying, “Journalist Ganeshram’s historical fiction debut tells the story of one of the first chefs in the United States and does not shy away from the truth that he was also an enslaved person.” Clearly a statement that has to be said when we talk about that time period and fiction.

Meg, Jo, Beth, Amy: The Story of Little Women and Why It Still Matters by Amy Boyd Rioux I didn’t read Little Women as a child. Nor did I read Anne of Green Gables, A Little Princess, A Tree Grows in Brooklyn or most of the other touchstone realistic tales about white girls from the past. But when I did eventually read Alcott’s classic, I enjoyed it. Now there’s yet another version out in theaters (the reviews are less than entirely stellar) and it’s the 150th anniversary of the book, so that means it’s time for a crop of tales about the books themselves. This particular remembrance is getting rather good reviews, so in case you know a fan . . . Ah. Speaking of Anne of Green Gables. A show of hands: Who’s a little surprised this hasn’t been done before? It may fall into the realm of pandering but at least there might be a story there. A tragic little lost love story that actually was alluded to in the original book. And the reviews aren’t bad either.

Daemon Voices: On Stories and Storytelling by Philip Pullman Yeah, I went a little crazy ordering this for my library. One copy would undoubtedly have been sufficient but I had to go and splurge on two. I mean Kirkus said it was, “A collection of pieces infused with abundant wisdom, provocative notions, and illuminating insights.” I’m not made of stone! “A children’s book illustrator copes with disappointment by investigating a murder.” Add on the fact that it’s by Nancy Springer. Do you love Enola Holmes? Do you wish you read more works of fiction by that author? I mean, it’s for grown-ups, but I’ll give you a pass.

Warblers & Woodpeckers: A Father-son Big Year of Birding by Sneed B. Collard With a name like “Sneed B. Collard III” you are bound to remain memorable. Generally Mr. Collard limits himself to writing nonfiction for children, but this year he decided to branch out a little. This documents the true tale of Mr. Collard’s attempt to identify as many species of birds as possible in one calendar year and it contains an additional father-son bonding element. But I know what you’re wondering. You’re saying to yourself, “Betsy, that sounds well and all, but are there are any scenes of the book in which someone has to escape a swarm of mad bees?” You, my friend, are in luck. Once, I made a terrible mistake. I judged a book on its cover. The book was Heap House by Edward Carey, and by all accounts it was a middle grade title of unparalleled splendor. Unfortunately it sported a jacket that turned my stomach, and so I lost out on reading something that should, by all rights, have been up my alley. Now Mr. Carey is writing for adults, and already this book has been called “exquisite” by PW and “A quirky, compelling story that deepens into a meditation on mortality and art” by Kirkus. Maybe I should read this one instead.

A Light So Lovely: The Spiritual Legacy of Madeleine L’engle, Author of a Wrinkle in Time by Sarah Arthur and Charlotte Jones Voiklis PW Annex wasn’t a huge fan of this one, calling it “overly glowing” but said that it had a few good points. For example, the author spoke with Sarah Bessey, Sara Zarr, Nikki Grimes, and artist Makoto Fujimura about L’Engle’s influence on their own works, which sounds interesting. Putting aside the fact that the cover looks like nothing so much as a middle grade work of ’80s and ’90s fiction and not teen in the least, this is an interesting sounding book. But, the “teen fiction” of the subtitle is completely askew. Who read Sweet Valley High and Babysitters Club back in the day? Not teens. Ah well. Semantics.

Barking With the Big Dogs: On Writing and Reading Books for Children by Natalie Babbitt May we all be blessed, at some point in our lives, with a photograph of ourselves as great as this one on the cover of Babbitt’s posthumous collection of essays. And of all the books on the list today, this is the one that is of the most interest to me. Here’s what Kirkus said of it:

She visits and revisits the universal pattern of what Joseph Campbell called the “separation, adventure, and return” path common in children’s fantasy (including her own). A children’s story “doesn’t deny the dark; it simply reaffirms the light.” 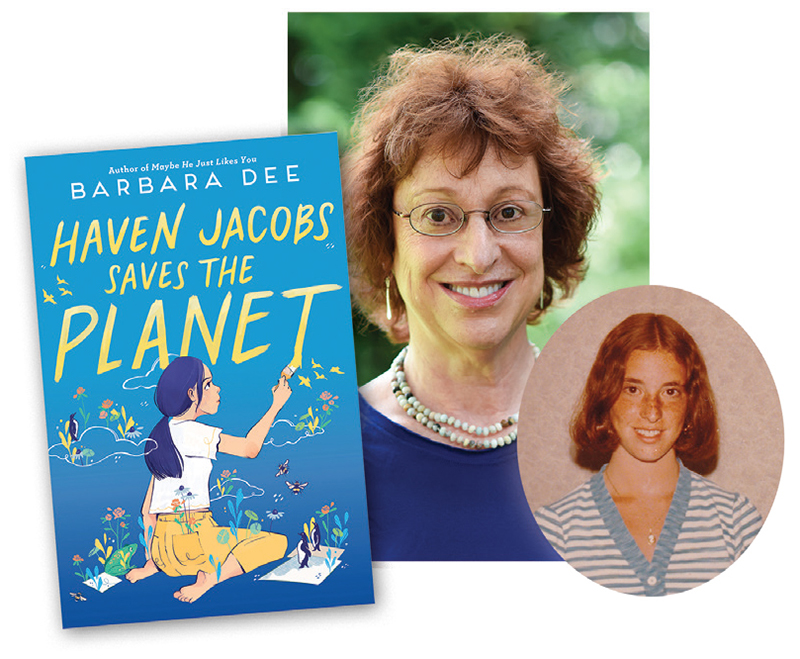