When I became a children’s librarian the most nail-biting aspect of the job was, without a doubt, storytime. Granted, this may have had something to do with the fact that part of my training meant doing a storytime for adults. Kids, as it turns out, are a completely different ballgame. My earliest attempts at reading aloud to large groups were awkward at best. I had to learn which picture books worked well with the smallest of children and which ones were better suited for school aged kids. I was also the kind of librarian who would find her seven favorite books and then just do them over and over and over again. It was the safe option. Not the ideal one.

For those of you that are better than I, constantly on the lookout for new readalouds, here’s a list of some of the books in 2017 that I think are definitely worth your notice. Split, naturally, into books best suited for the itty bitty guys, and those for older children in school. My children’s librarians canNOT get enough of this book. This is the kind of readaloud you wait for, as a children’s librarian. The kind that might make it onto your permanent roster. The page turns and, best of all, the audience participation elements (you get the kids to all say “BOO!” at the same time as you turn the page) make this an instant classic. It even has a twist at the end!! Perfection. It’s the Old Lady Who Swallowed a Fly but with a snake! Admittedly this looks like it might just be a modified version of One Day in the Eucalyptus Eucalyptus Tree, but bear with me because this book has some distinct advantages. First off, you have your flaps and your pop-ups (which are ALWAYS an advantage when your book has to be seen across a room). Next, you can sing it. Singing is key. So few books are singable these days and yet small children pay so much better attention when you can sing a song for them. Finally, Kirkus said of this book that it is “A less-gothic alternative to classic versions” which is their way of saying the snake throws up the lot of them. Booyah.

Mine! by Jeff Mack The most satisfying book to read to my 3-year-old also happens to be one of the best readalouds. There is one word in this book and it comes up repeatedly. Yet Mack taps into this child-friendly glee with a story that works marvelously. The one upmanship between the two mice reeks of Warner Brothers classics (particularly when the heavy equipment comes barrelling in). It’s also honestly funny. Preschoolers love funny. Add in the visuals that just pop across a room (the colors are storytime perfect) and you’ve got yourself a winner.

Old MacDonald Had a Farm by Gris Grimly Did you miss this one? I hope you didn’t. Watching Gris Grimly go a little kid-friendly is akin to watching Edward Gorey illustrate Old Possum’s Book of Practical Cats. You know he has kid-friendly vibes inside of him, but it’s still strange to watch them at work. In this case, Grimly wanted to do something for his son, and figured this old chestnut was the way to go. It’s not the only Old MacDonald book out this year but has a distinct advantage over, say, the Clarke/Blanco title in that it avoids a horrendously extended ending. This version also sports a last minute voracious bear. And as we all know, adding a surprise bear to anything instantly improves it. Audience participation is the name of the game with this monkey. I love that it fools you at the beginning, making you think it’s going to be yet another Five Little Monkeys Jumping On the Bed. Instead, it takes a sharp right and becomes an exercise, repetition, storytime dream. Whether you’re ding-donging your head or stomping your feet, this is custom made for storytimes.

Be Quiet! by Ryan T. Higgins During the Annual American Librarian Association Conference this past June I had the pleasure of seeing the folks from Disney-Hyperion perform this book live. If you have three spare librarians that can take the parts of the three mice, you might have an instant hit on your hands. Then again, you yourself can do all the voices and the book loses none of its charm. Some folks say it’s a follow-up to the Bruce books (also by Higgins) but I think this book is much stronger in the end. It sticks its landing with aplomb. Better have plenty of copies on hand for when the kids beg to check it out afterwards. To be perfectly upfront and honest with you, I love caveman speak. As far as I’m concerned, when done well it’s a shortcut to the funny. Kirkus got all wrapped up in the text, not quite understanding why the words are phrased as they are. I can answer that one. When reading this book aloud to others, caveman speak is funnier than the Queen’s English. For a pitch perfect storytime, try pairing this with Jeremy Tankard’s classic Me Hungry.

Go Sleep In Your Own Bed! by Candace Fleming, ill. Lori Nichols My library will occasionally have pajama storytimes where the kids all show up in their jammies and listen to stories of varying degrees of awake and sleepiness. For librarians that do the same thing in their branches, this book is a perfect addition to the roster. This tale consists of animals throwing their fellows out of their beds, one by one. Lots of opportunities for animal sounds or, if you prefer, just a repeat of “Go sleep in your own bed!”

I Want to Be in a Scary Story by Sean Taylor, ill. Jean Jullien Oo. Now my 3-year-old son loves and fears scary things. He was actually too afraid of this particular book when I brought it home, which is why I’ve placed it on the older list. It’s more adorable than terrifying, though, which makes sense when you consider its pedigree. This is from the same two guys who gave us Hoot Owl, Master of Disguise (another fine readaloud).

Sometimes a book taps something deep down inside of you. I’ve had librarians tell me they weren’t as enamored of this book, but I honestly cannot understand how that could be. When I read this book to a group I put on my best WWF (that’s not dating me or anything) voice and pretend that I’m a 400+ pound man calling the fight for the night. The gags hit hard and hit home, and the images have a ton of energy and wit to them. Sorry, guys. I am squarely in the camp of this book. Or, as Rock would put it, “THOSE ARE FIGHTING WORDS!!!”

The Rooster Who Would Not Be Quiet! by Carmen Agra Deedy, ill. Eugene Yelchin A modicum of social activism with your storytime, madame? Deedy (rapidly becoming my favorite speaker) and Yelchin are a fascinating pairing. And I do like his art in this quite a lot, but it’s Deedy’s wordplay that makes it a storytime beaut. Present this one to groups looking for folktales. It’s an original one, but fulfills all other obligations to the form perfectly. Technically all Aaron Reynolds books should be accompanied with a code to a video of the author himself reading the book aloud.* That way you can get a good sense of how best to do the voices. And voices, my friend, are the meat and potatoes of a book like this one. This is the kind of book that will appeal to the librarian/bookseller that already killed with the aformentioned Be Quiet. In other words, readers with actors inside.

*Publishers – This is a million dollar idea. Seriously. Do this with all your readaloud picture books and the librarians and booksellers will thank you.

There Might Be Lobsters by Carolyn Crimi, ill. Laurel Molk This book could, conceivably, be better suited on my list of “Books With a Message” (in this case, overcoming fears) but I found the writing really lent itself to reading aloud. Can’t tell you why, it just did. Sometimes I just get a feeling from a title, and that was the case here.

This Book Is Full of Monsters by Guido Van Genechten Not too dissimilar from I Want To Be In a Scary Story, but actually scarier. Positively ideal for Halloween storytimes, actually. Put this one in your holster. 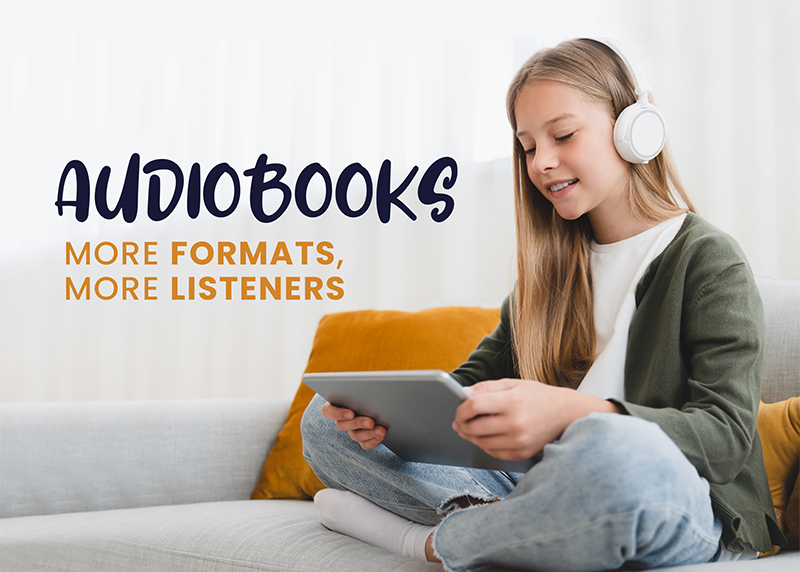