Holiday Books: There Can Be Only One (Part One)

I was tooling about the Twitter feeds yesterday, as one does, when I came across some folks promoting John Hendrix’s Miracle Man as an Easter book.  A great book, no question, though like most Christ stories (Jesus Christ Superstar, Godspell, and yes all my references are 1970s musicals, why?) it sorta leaves the resurrection for the last possible second of the tale.  Other folks would go the Easter Bunny route with Easter books anyway.  I know you’ve seen the statistics on how well bunny and baby chick picture books sell at this time of year.

And then I thought about some of my own favorite holiday books.  That’s when I came up with the challenge.

List some of the major American holidays and give each one a single book that represents that holiday best to you.

Results?  Eclectic. To say the least.  Here’s the first part of my very personal list: Thought I’d begin with New Year’s Eve, dincha?  Nope. Technically that would be the last holiday of the year.  I’d much rather kick a year off with Three Kings Day anyway.  And no, it didn’t tend to lend itself to a lot of checkouts in the library, but that won’t stop me from promoting this 2008 title.  Celebrating Pura Belpre and all she did for the children of NYC, this beautiful book is still in print, so you’ve no excuse for not adding it to your collection. But which of the books about him would you choose?  In this particular case, I go with what I know.  I like more recent King books, sure, but there’s something about Collier’s work on this book that remains top of the charts in my book. Initially I was going to go with Groundhog’s Runaway Shadow by David Biedrzycki (last mentioned in my Transcendent Holiday Books of 2016 list at the end of last year).  Then I remembered this little delight.  It’s a trickster story as well as a Groundhog Day title.  No contest.  This is the one I love best in the world. Back in 1999, School Library Journal called this book, “An especially appealing book that offers children vicarious enjoyment of this special day.”  I’m just loving it for Floyd Cooper’s work.  This list today would not be complete without at least one Floyd Cooper title on it. I once met Mr. Yee in a Detroit bookstore and a nicer fellow you couldn’t hope to meet.  At the time this, the final Mouse and Mole book in the series, had just come out so I read it.  It was a mistake.  Not to read the book, but to read it out of order.  If read properly from the start to the finish, you really get a sense of Mouse and Mole’s relationship blossoming.  So few easy reader series end with the two main characters falling in love.  This is one of the few and it’s beautifully done.

The Year of the Dog by Grace Lin There is a curse on my head.  Apparently, whenever I am on a plane stuck on the tarmac, near dinnertime, with no food in sight, the only book in my possession will be a Grace Lin novel filled to the brim with delicious descriptions of food.  The first time this happened was with The Year of the Dog, a book that remains one of my favorite Lin titles of all time, and undoubtedly THE greatest Chinese New Year book to date.

So You Want to Be President? by Judith St. George, ill. David Small To be clear, I don’t think it’s the most brilliant Caldecott winner out there, and I think Mr. Small should have won for his other books a hundred times over.  That said, it’s a pitch perfect Presidents Day book from tip to toe.  Interesting Side Note: This is one of those Caldecott winners significantly changed since its initial publication.  Other past Award winners have changed their texts to be less offensive to 21st century readers but this book took it one step farther to include all new illustrations (Barack Obama is seen entering at the end). The title. Need I say more? Nope. I haven’t gotten my holidays all mixed together.  When this book was read to me in 4th grade (under its previous name, “The Wicked Pigeon Ladies in the Garden”) I was enthralled.  The tone.  The content.  It was maybe the creepiest thing I’d ever encountered. It was originally published in 1968.  So why is it here under St. Patrick’s Day?  Well, the prickly heroine of the book joins forces with an old leprechaun.  Yes, that’s a stretch, but I say it counts for the holiday (plus I loved the book). Pranking middle grade novels aren’t anything too new these days, but I was always very fond of Ms. Baker’s debut.  This book goes above and beyond April Fool’s Day alone.  The kids are personable, the goal attainable (almost), and I just kinda loved it.

The Longest Night : A Passover Story by Laurel Snyder, ill. by Catia Chien. I remember when this was released and the reviewers and critics went positively gaga over it en masse.  The art is gorgeous and as SLJ said, “the emotional angle makes it a great supplement to other more straightforward tellings.”  Sounds like a winner to me. Honestly, it’s almost too hard to choose. There are so many Easter books out there in a given year.  But I’m partial to this one. It’s hard to compete with the classics.

That’s the fist batch!  Stay tuned tomorrow for Batch #2.  In the meantime, what are your favorites? 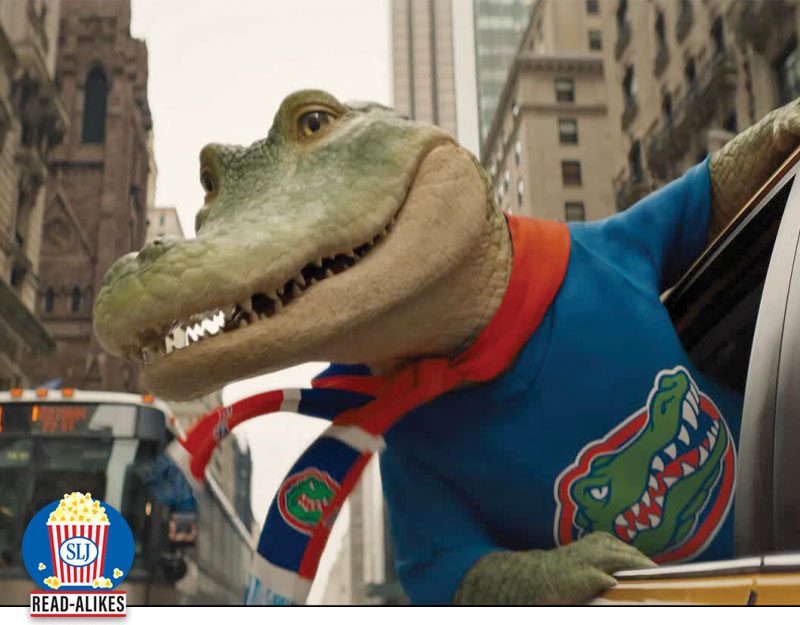