When you’re a librarian buying for your system, you come to understand that certain nonfiction topics are perennial favorites. You accept that no matter how many copies you buy, you will never have enough train or joke or magic books. And the king daddy topic to beat them all, the one that leaves a continual gaping hole in the Dewey Decimal area of 597.3 or so, is sharks. Kids can’t get enough of them. Heck, adults can’t get enough of them. Between Shark Week and movies like Sharknado, sharks haven’t been this pop culturally relevant since the good old days of JAWS. And sure, we’ve plenty of truly decent shark books on our shelves already. What we don’t really have are books that combine the blood and the facts with the beauty of full-color, wholly accurate paintings. We’ve never truly had a shark book that’s as accomplished and stunning as Katherine Roy’s Neighborhood Sharks. It’s crazy to contemplate that though shark books are never unpopular, only now did someone take the time and effort to give them a publication worthy of their terror and awe.

A single great white shark cuts through the waters surrounding San Francisco’s Farallon Islands “just 30 miles from the city”. Prey comes in the form of a fine fat seal and before the mammal realizes what’s happening the shark attacks. What makes a shark the perfect killer? Consider its weapons. Note the body, covered in “skin teeth”, capable of acting like a warm-blooded fish. Observe its high-definition vision and five rows of teeth. Did you know that a shark’s jaws aren’t fused to the skull, so that they can actually be projected forward to bite something? Or the method by which you would go about actually tagging this kind of creature? With candor and cleverness, author/artist Katherine Roy brings these silent killers to breathtaking life. You may never desire to set foot into the ocean again.

It’s hard to imagine a book on sharks that has art that can compete with all those shark books laden with cool photographic images. Roy’s advantage here then is the freedom that comes with the art of illustration. She’s not beholden to a single real shark making a real kill. With her brush she can set up a typical situation in which a great white shark attacks a northern elephant seal. The looming threat of the inevitable attack and the almost Hitchcockian way she sets up her shots (so to speak) give the book a tension wholly missing from photo-based shark books. What’s more, it makes the book easy to booktalk (booktalk: a technique used by librarians to intrigue potential readers about titles – not dissimilar to movie trailers, only with books). There’s not a librarian alive who wouldn’t get a kick out of revealing that wordless two-page seal attack scene in all its horror and glory.

The remarkable thing? Even as she’s showing an eviscerated seal, Roy keeps the imagery fairly kid friendly. Plumes of red blood are far more esoteric and even (dare I say it) lovely than a creature bleeding out on land. You never see the shark’s teeth pierce the seal, since Roy obscures the most gory details in action and waves. There are even callbacks. Late in the book we see a shark attacking a faux seal, lured there by researchers that want to study the shark. Without having seen the previous attack this subsequent wordless image would lose much of its punch. And lest we forget, these images are downright lovely. Roy’s paintbrush contrasts the grey sea and grey shark with a whirling swirling red. You could lose yourself in these pictures.

Yet while Roy is capable of true beauty in her art, it’s the original ways in which she’s capable of conveying scientific information about sharks that truly won my heart. She’s the queen of the clever diagram. Early in the book we see an image of a shark’s torpedo-shaped body. Yet the image equates the shark with an airplane, overlaying its fins and tail with the wings and tail of a typical jet plane. Seeing this and the arrows that indicate airflow / how water flows, the picture does more to convey an idea than a thousand words ever could. I found myself poring over diagrams of how a shark can let in cold water and convert it in an internal heat exchange into something that can warm its blood. It’s magnificent. The close-up shot of how a shark’s five rows of teeth tilt and the shot that will haunt my dreams until I die of projectile jaws will easily satiate any bloodthirsty young shark lover hoping for a few new facts.

The projectile jaws, actually, are an excellent example of the tons of information Roy includes here that feels original and beautifully written. Roy is consistently child-friendly in this book, never drowning her text in jargon that would float over a kiddo’s head. Using the framing sequence of a shark attacking a seal, she’s able to work in facts about the creatures and their environment in such a way as to feel natural to the book. Neighborhood Sharks is one of the first books in the David Macaulay Studio imprint and like Mr. Macaulay, Ms. Roy is capable of artistic prowess and great grand factual writing all at once. The backmatter consisting of additional information, a word or two on why she decided not to do a spread on smell, Selected Sources, Further Reading, and a map of The Farallons is worth the price of admission alone.

The book is called “Neighborhood Sharks” for a reason. When we think of big predators we think of remote locations. We don’t think of them swimming along, so very close to places like the Golden Gate Bridge. Plenty of adults would be horrified by the notion that they might run into an unexpected shark somewhere. Kids, however, might see the prospect as exciting. Neighborhood Sharks has the potential to both satisfy those kids that have already read every single book on sharks in their local library and also convert those that haven’t already made sharks their favorite predator of all time. Remarkably beautiful even (or especially) in the face of straightforward shark attacks, this is a book that sets itself apart from the pack. If you read only one children’s shark book in all your livelong days, read this one. Disgusting. Delicious. Delightful. 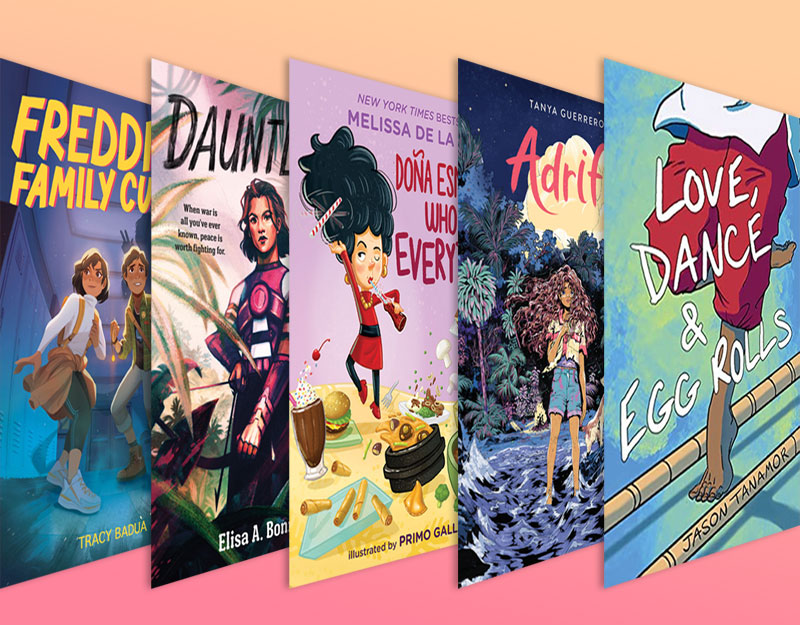