Review of the Day: Sadie and Ratz by Sonya Hartnett

Children are literal creatures. They have to be. If you tell them something that says one thing and means another they need a certain level of sophistication to be able to parse your speech. And generally speaking the older they are the more likely they may be to interpret you correctly. Does that mean that all children’s literature should be inherently straightforward and matter-of-fact? No! Just because kids can be literal that doesn’t mean a bit of metaphor doesn’t do them any good. Metaphors are fantastic for kids. Aside from juicing up otherwise boring narratives they learn how to read fiction in whole new, enterprising ways. That’s why handing a third or fourth grader Sadie and Ratz isn’t going to throw them too much. Don’t get me wrong, it’s weird, it’s like nothing else on the shelf, and there’s a darkness at work not normally seen in books for this age group. It also happens to be pretty much the best book for kids published in America in the year 2012. Kids will like it and grown-ups will be mildly freaked out. What’s not to love?

Hannah likes lots of things like ponies and stroking her mom’s hair. She also likes her hands which she has named Sadie and Ratz. Unlike Hannah, Sadie and Ratz are wild beasts. They like to scrunch and twist and scratch things. Unfortunately for everyone, what they like to scrunch and twist the most is Baby Boy, Hannah’s naughty little 4-year-old brother. She feels it’s the only way to keep him in line, and so she’s utterly unprepared the day he turns the tables on her. One moment he’s drawing on the wall and the next he’s ratting out Sadie and Ratz for his crime. Suddenly Sadie is reconsidering the wisdom of punishing him every time he fingers her for a new crime (which only gets HER in trouble). Still, when Baby Boy pushes his luck and goes too far, Hannah realizes that she may have more in common with her little brother than she ever expected. So I’m going to go out on a limb here and compare this to Where the Wild Things Are. I acknowledge that to do so is relatively crazy. I mean, Sendak’s classic is considered the pinnacle of modern children’s literature. To compare any book to it is to do that title a disservice. All that understood, hear me out. I breathe these two books in one breath because at its heart Sadie and Ratz does something I think Mr. Sendak would appreciate. There’s this strange dark undercurrent to your average everyday child. A streak in them that understands jealousy and cruelty and that is simultaneously attracted and repelled by the children in books who exhibit those same qualities. Max in WTWTA embraces his worst aspects at the story’s beginning, is punished, and then builds his own world where he has the power. Hannah is similarly punished when she gives in to her darkest feelings but her fantasy lies not with another world but within her own body. There’s so much going on in the scene where she stares at Sadie and Ratz imagining that to tame them (paging The Little Prince) would be to break their hearts. There is also a deep and abiding darkness to the book that delves into places that a less honest short novel wouldn’t tread. Hannah’s torture of her little brother clearly gives rise to his own naughtiness, a fact she celebrates at the story’s end. And one can’t help but think when they encounter the twist on the last page kids will find it interesting and amusing while parents (identifying with Hannah’s) will groan a little in worry.

I also think kids will identify with the weirder ideas in this book even if they don’t quite understand them. At one point Hannah sends Sadie and Ratz “on vacation”, though her hands themselves are clearly still attached to her wrists. She also describes their talents and dreams. In one part that I particularly liked Hannah says “When Sadie grows up, she wants to be a dragon. When Ratz grows up, he wants to be a bigger Ratz.” That sort of blew my mind a little bit. Hartnett’s writing is incredibly simple but somehow manages to use only a few words to convey a rich and complex little tale. Would that more shared her talent.

There’s an off-kilter sophistication to Baby Boy’s retaliation too. It’s on a small scale but in many ways this is a look at a war. Baby Boy has always been weaker than Hannah, and there’s no way he could physically fight back against Sadie and Ratz. It’s almost an inspired bit of 4-year-old genius that he realizes that if he goes on the offensive rather than the defensive he can effectively neutralize his opponent(s?) within a matter of days. His downfall is the fact that his success goes to his head. He takes his stories too far, ending up in trouble at long last at the end. I love what that says about strategy and planning and winning. It’s a big idea shrunk down into a little package.

It’s funny to think about who the kid readers will root for in this book. On the one hand, Hannah seems mean, picking on Baby Boy all the time and then blaming it on her wayward palms. On the other hand, when he repeatedly casts blame on her that is deeply unfair and kid readers hate unfair things. Then there’s the fact that you’re in Hannah’s head for the whole book. Shouldn’t that make you sympathize with her more? Yet being inside her head just makes it so much clearer that she is just justifying her own bad behavior (refusing to discipline Sadie and Ratz might infuriate readers in a whole different way). Though it’s only 60 very short pages long, this might be a fascinating title to do in a children’s bookgroup. I can see kids debating who the worse villain is here.

Illustrator Ann James turned out to be the absolutely most perfect companion to this tale. You simply could not find anyone better. If there’s a streak of darkness to Hartnett’s text that streak is echoed (but not amplified) in the accompanying charcoal drawings. Hannah sports a Ramona-worthy do and her hands sound very much like something Ramona would come up with. James then infuses them with a strange terrifying power. They’re just the hands of a child but the shadows they cast give them a dangerous quality. Baby Boy is perfectly presented as well. When he wishes to he can look as sweet and innocent as a newborn foal. And when he screams his entire face scrunches up until you can practically see his voice split the page and reverberate across a room.

Alas, alack the book cannot win a big American award like the Newbery since Sadie and Ratz is a 2008 import from what I believe to be Australia. Doggone it. This doesn’t entirely surprise me since the sheer initial peculiarity of the story doesn’t feel like it was born out of the old U.S. of A. Not that it feels particularly Australian either, though. In the end there’s something simultaneously unique and yet universal about the story Harnett is telling. It also ends up being one of the more interesting anti-bullying books as well. You wouldn’t necessarily want your kid to adopt Baby Boy’s technique in standing up to Hannah, but kids will at least appreciate that he uses his brains to defeat her (admittedly with the help of his own hands). A beautiful bit of psychology that will undoubtedly lead to great discussions. Don’t miss it. 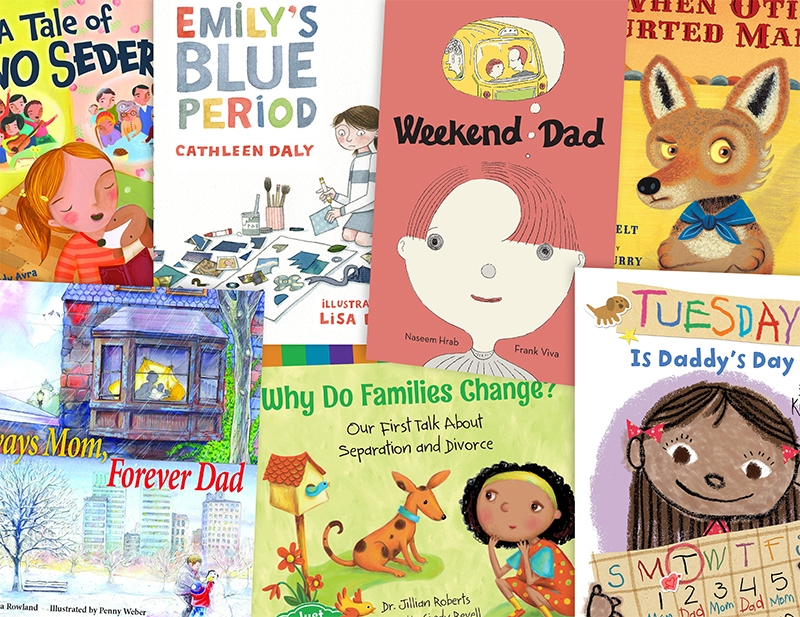