2010 was not a great year for fantasies. Sure, there were plenty of books that contained small fantastical elements, but titles that plunged the reader into entirely different worlds with their own set of rules and understandings? Few and far between. I blame the absence of Frances Hardinge. Fortunately for everyone there was Stephen Messer’s Windblowne to fill an otherwise gaping void. Here you have a book that takes world building to a whole new level. And Messer isn’t content to build only one world, but several, not a single one anything like our own. If sentient kites and evil twins are up your kid’s alley, prepare for a soaring, diving, crazed and thoroughly enjoyable ride into a place where priorities are strictly of the air-based variety.

Oliver’s a pretty easy kid to figure out. Basically he just wants one thing: to be a champion kite-smith. The kind that builds brilliant kites and wins competitions with them with ease. In Windblowne, all the kids are kite crazy and Oliver’s no exception. The rub? He’s probably the worst kite builder (and even worse flyer) anyone has ever laid eyes on. His talents are, as they say, in other areas. So when Oliver goes to visit his potentially crackpot Great-uncle Gilbert for kite advice, he has no idea what he’ll find. He certainly doesn’t expect to be attacked by nasty evil kites or to watch his uncle disappear before his eyes. He doesn’t expect a special red kite of his Great-uncle’s design to carry him away to other worlds where there are other Olivers and Gilberts out there with very different talents and personalities. And he certainly couldn’t have expected to become the only hope for all the different worlds, slowly dying thanks to one of the evil Gilberts’ schemes. Oliver has talents in other areas, all right. Heroic talents, and it’s time for him to discover them and put them to the test.

Stories in which characters visit alternate worlds and meet their doppelgangers all tend to have one quality in common: That first world? Our world. Doppelganger worlds? Alternate versions of our world. How remarkable then that Messer chooses to eschew all of that and begin in a world that is nothing like our own. By page four the reader has been given enough information to know, right off the bat, that the book in their hands takes place somewhere new. They’d be hard pressed to find many communities that live exclusively in trees in our own world, after all. And extra points to the author for resisting one of my least favorite fantasy tropes as well: The crazy names. I don’t know what it is about the genre but otherwise sane and rational writers sometimes get a bit kooky when it comes to naming fantasy characters. Basically, if you see an apostrophe hanging in the middle of a moniker for no particular reason, that’s a bad sign. In Messer’s case, his characters all have very common, somewhat English, names. Oliver, Gilbert, etc. Even the strangest name in the book, Ilia, isn’t all that nutty.

You’ll find that the characters ring true here, which is noteworthy, particularly when one of your characters is a sentient kite. Admittedly, I spent most of the book comparing that kite to the flying carpet in the Disney version of Aladdin. A wordless flying object that takes our hero in and out of danger? Check, check, and check. Of course, Disney had the advantage of being able to show audiences the kite’s body language. Messer has to somehow convey a personality hidden within red silk and spars without relying on that characters’ speech. He accomplishes this primarily through shudders or the subtle tightening of a tail. It makes sense in context, but it couldn’t have been easily to do.

The book follows the standard zero to hero format, with a twist. Under normal circumstances, when you begin a book and the hero has a dream, you want that dream to come true. In this particular case, our hero has a dream that must be beaten out of him and replaced with a much bigger and better dream. How many books for kids can you name where the hero starts out with the wrong desires? What happens to a dream deferred? You get a better book out of it, that’s for sure. It also gives your hero a chance to change and grow. All this ties in nicely to the doppelgangers Oliver encounters or hears rumors of. In one case, he’s clearly a better person than his doppelganger, in spite of the fact that that particular “Oliver” has a talent he so desperately desires. In another case, there’s a possibility that he is a less heroic doppelganger than another Oliver.

I think it worth noting that in the end Windblowne avoids what I’d like to call the Back to the Future Part II conundrum. Generally when a protagonist is leaping back and forth between worlds or times it can be difficult for the audience to follow. Add in the fact that half your characters share the same names and what you have is a near miracle if at no point you’ve completely baffled and bamboozled your reading fans. Messer, however, eludes confusion and the reader never has any difficulty knowing who the hero is, who the villains are, and where they’ve all gone from one moment to the next.

The eco-friendly message of everything being connected / we are one / even the smallest change makes a difference, etc. etc. can get a bit nauseating if done poorly. Eco fantasies can be the worst of the worst too. Because in those cases not only are the books messagey they’re allegorical to boot. Nothing’s worse than preachy fiction for kids. Messer’s talent then is to take a story that could be intolerable on the printed page, and actually makes it fun and lively. I’m not saying that there aren’t some message-like elements to the story. There are a couple. But in the end the story and writing stand out strongly.

I think that there’s a perception out there that fantasy is the lazy man’s answer to writing for children. Certainly there was a time when you couldn’t throw a dart without hitting a Harry Potter knock-off. These days that kind of fantasy has slowed down and the genre has reached a kind of even keel. Smart fantasies with their own particular peculiarities are on the rise. Windblowne represents a return to original world-building fantasies, the kinds that could even be called science fiction if you squinted at them the right way. Best of all, it stands entirely on its own, no sequel required (though undoubtedly its fans will be besieging the author for more of the same). Mr. Messer’s debut is a sturdy beginning and marks the start of good things to come. He’ll garner many a fan with this book, and hook adults and kids alike with his one-of-a-kind point of view. Recommended and then some.

Notes on the Cover: I’ll confess to you that had my co-workers not told me how good this book was, I never would have picked it up with this cover.  I don’t blame jacket artist Erwin Madrid.  Indeed, if you look at this image from his website . . . .

. . . you can see that Madrid printed it a bit lighter and with more detail than the finished copy.  And it’s nice that the artist makes it clear that we’re dealing with an alternate world, what with the two moons up above and the evil flying kites all around.  Still and all, it doesn’t quite do it for me.  I think the intent and even the image is all there, but I don’t agree that looking up at Oliver was the best way to go.  Kids like faces, and Oliver’s is all but obscured.

Review of the Day: Trickster edited by Matt Dembicki 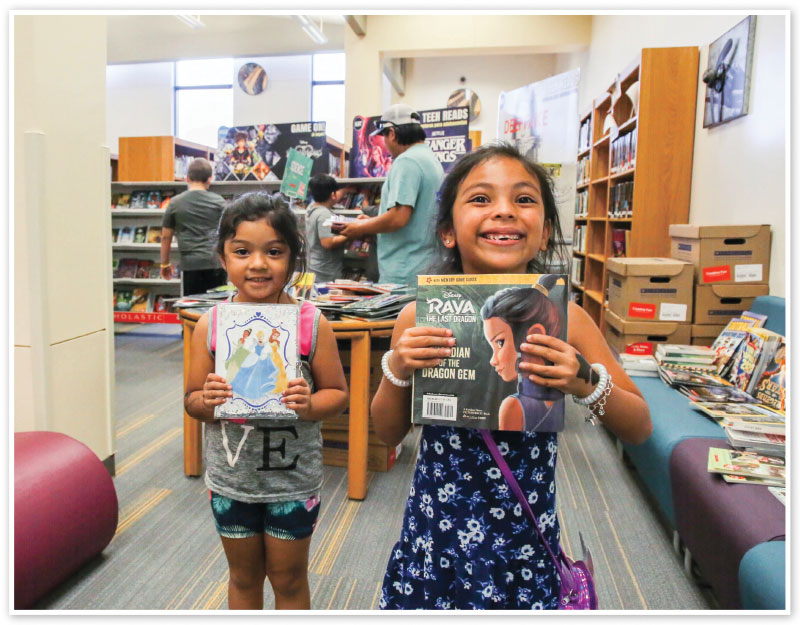